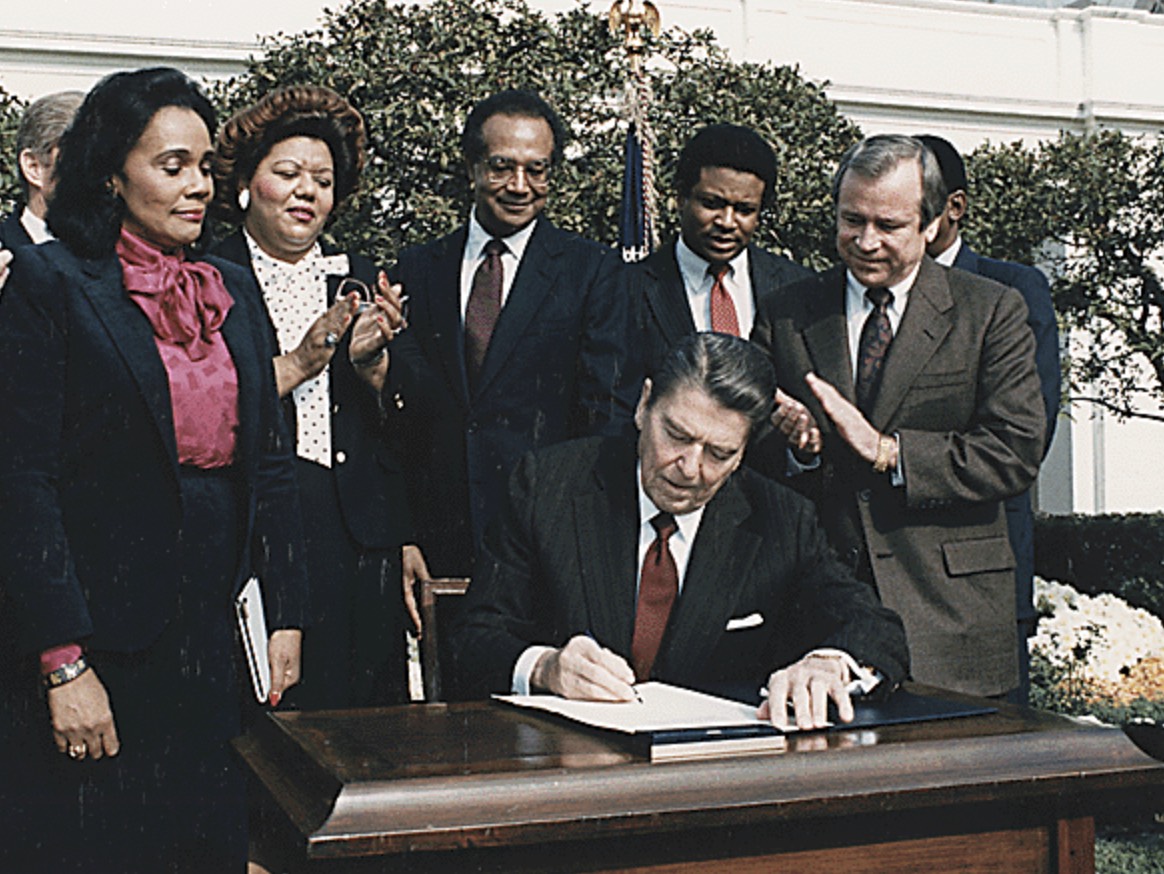 Korean Airlines Flight 007 was shot down by Russian jets over the Kamchatka Peninsula, killing all aboard, including Congressman Larry MacDonald of Georgia, the most outspoken Conservative and anti-communist in the Congress.

President Reagan signed a bill making the third Monday in January a national holiday in remembrance of the death of the civil rights leader Martin Luther King, Jr.

United States armed forces mounted a mission to rescue medical students trapped in Granada. They defeat the Cuban and Granadan communist forces and seized the island.