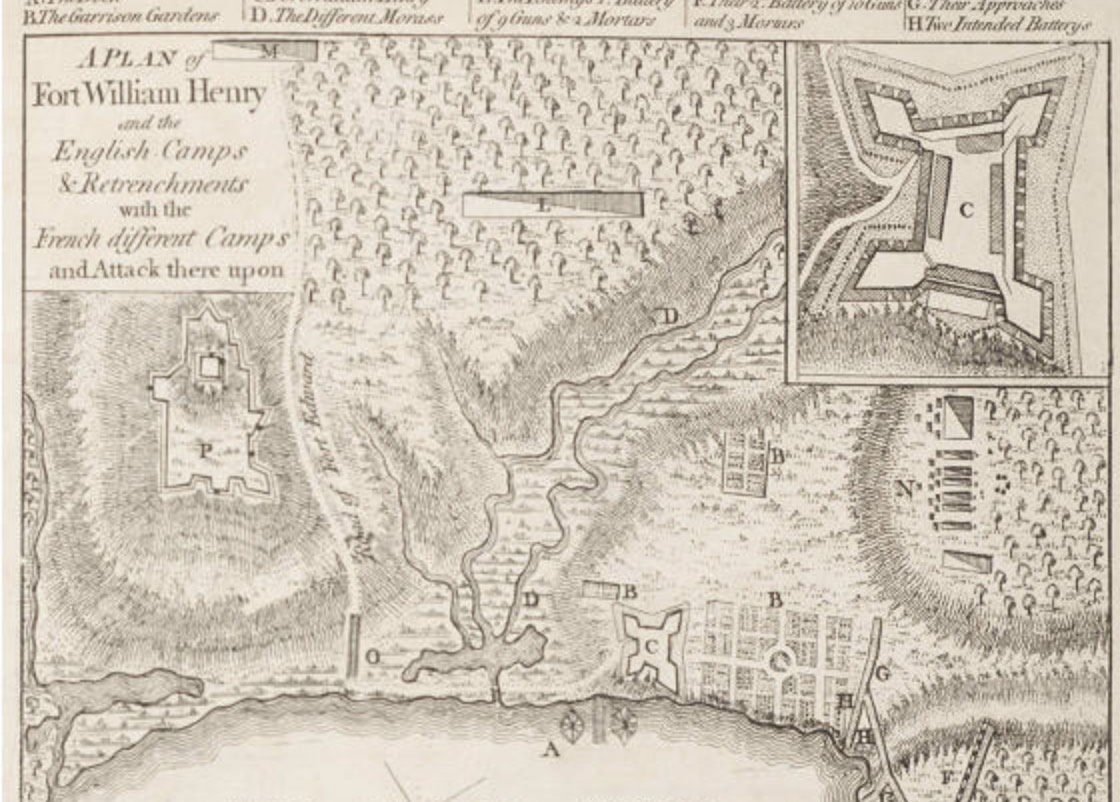 The English Fort William Henry in New York, surrendered to French General Montcalm in the French and Indian War. The Indian allies butchered 200 English sick and wounded and carried off 200 to be disposed of later. Montcalm was able to save the 1,500 other English and American prisoners but colonial attitudes toward “the savages and the papists” had been confirmed and “hard war” would result. The story is told in the classic novel, The Last of the Mohicans, by James Fennimore Cooper.