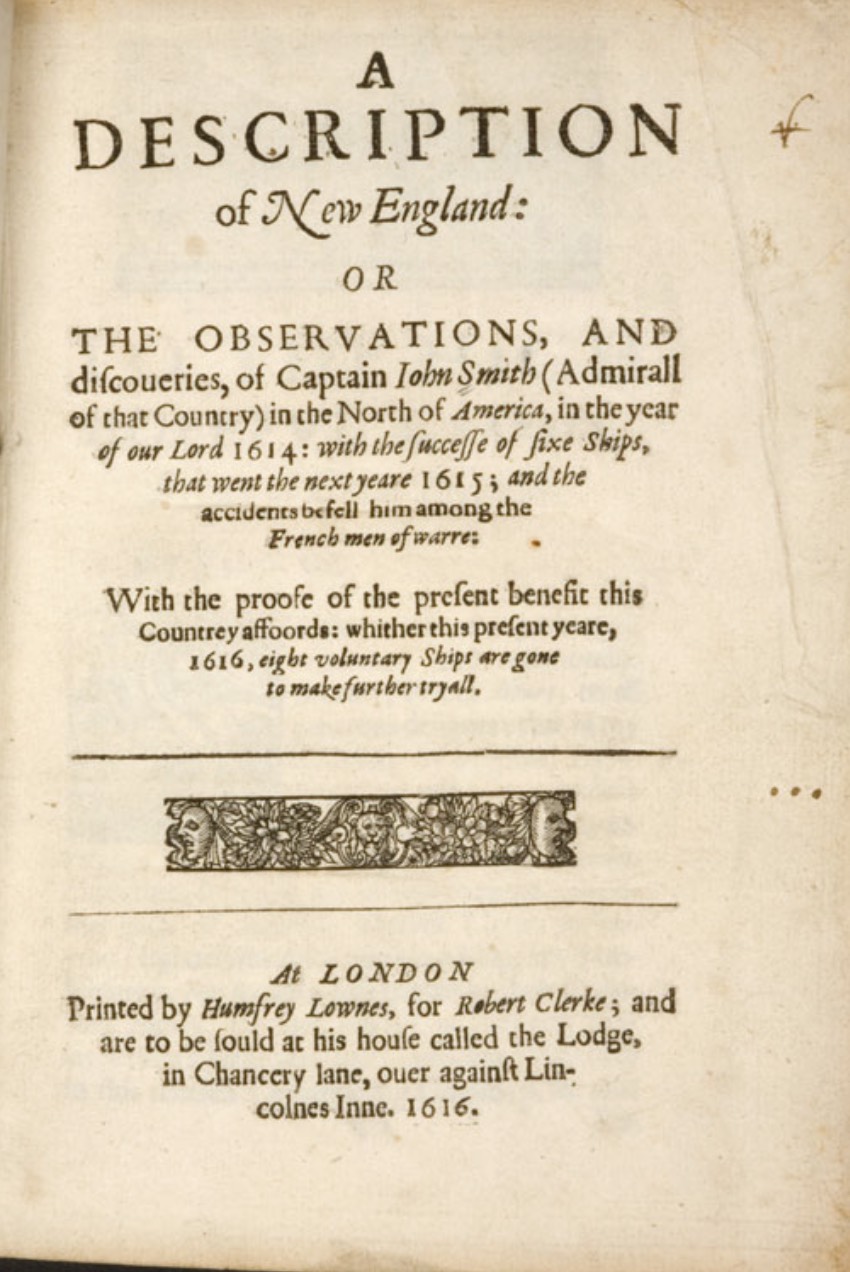 John Smith publishes one of the most important books of the century A Description of New England, written aboard a French pirate ship where he was held prisoner. In it he declared what would become the American dream: “Here every man may be master and owner of his owne labour and land . . .If hee have nothing but his hands, he may . . .by industrie quickly grow rich.”