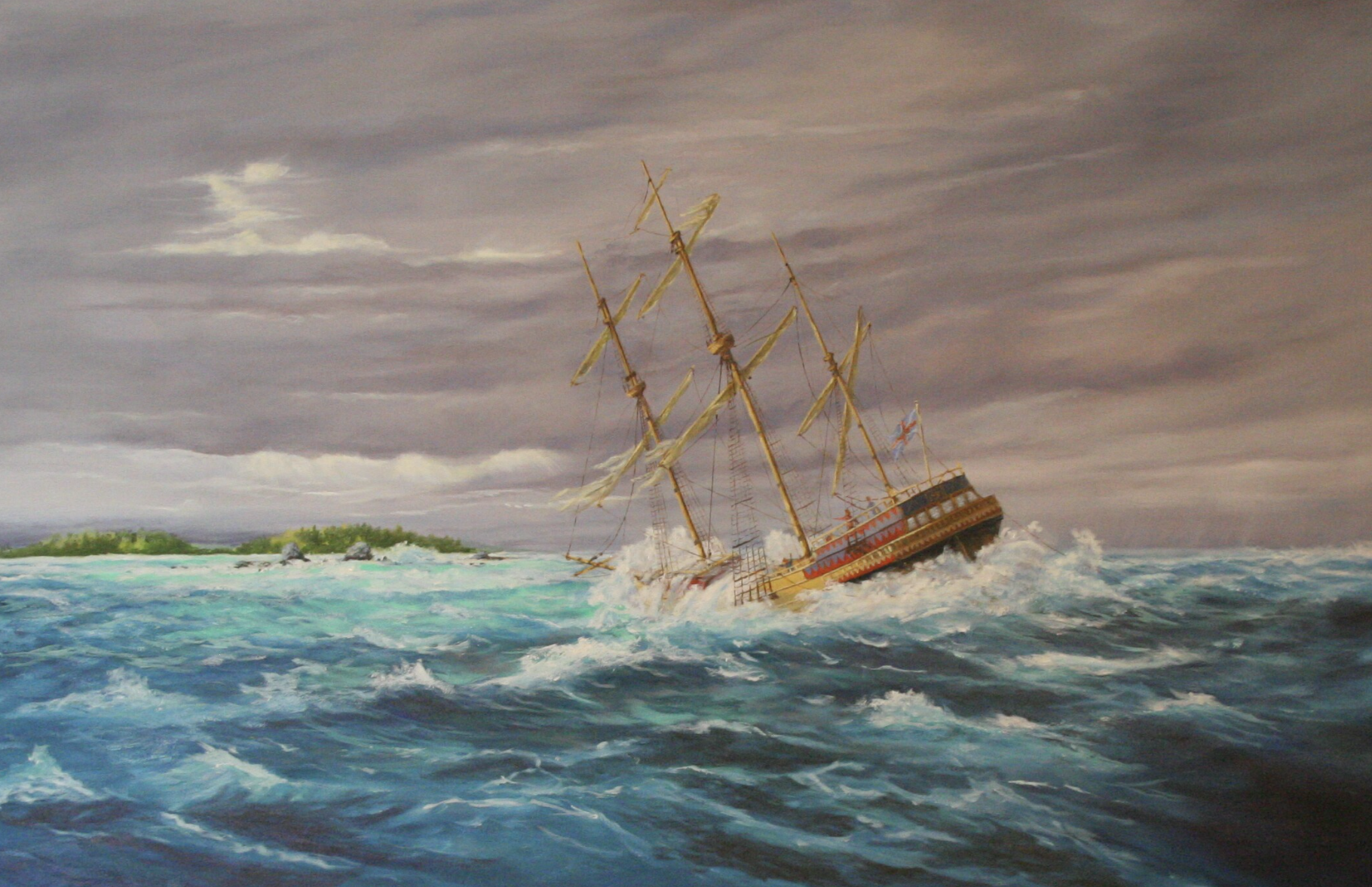 150 English settlers aboard the Sea Venture suffer shipwreck, stranded on what later would be known as St. George’s Island in Bermuda, on the way to relieve the dying colony of Virginia at Jamestown. After an ordeal of nine months, the survivors built two new ships out of the wreckage, and sailed to Jamestown, arriving in the nick of time to save the colony.