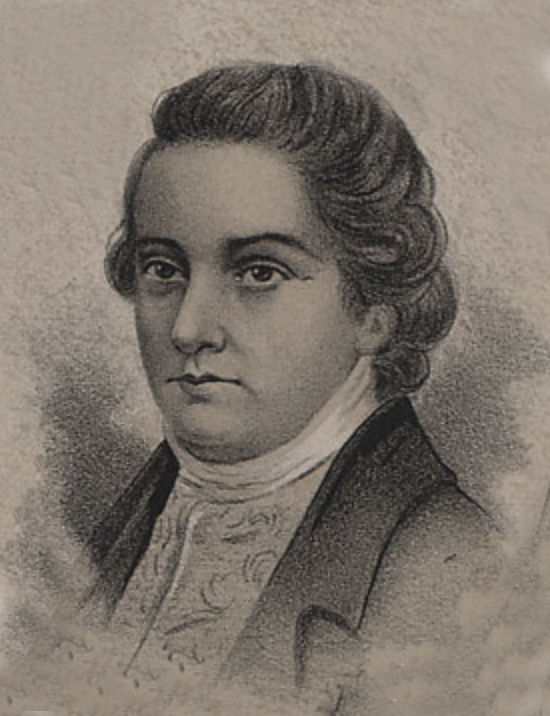 Born into a life of privilege, power, and prestige, Thomas Lynch Jr. was the son of an affluent political leader and wealthy planter in Prince George’s Parish, South Carolina. Thomas Lynch senior was a prominent South Carolina delegate in the Continental Congress, a role that his son would later inherit. At the age of 12, Lynch was sent to study at the venerable private college of Eton, in England. Founded in 1440 by King Henry VI, Eton was an illustrious establishment reserved only for noblemen and royalty. After graduating, he continued his education at the Cambridge University and also studied law at the exclusive Middle Temple in London. In 1772, Lynch returned to South Carolina to announce that he had no intention to practice law, despite spending years at one of the most renown law schools in the world. His father gave him a large plantation on the Sante River to start a new life with his wife, Elizabeth Shubrich (whose sister married South Carolina signer Edward Rutledge, making the two signers brothers-in-law).

Due to his father’s lofty political status, Lynch was made captain of the South Carolina militia. However, he was unaccustomed to the rough living conditions of a soldier and soon became sickly. Circumstances took a turn for the worst when his father resigned from congress for his failing health. Although Lynch’s commanding officer denied his request to return to his father, his father’s friends were influential enough to let the son take his father’s place in congress, so Lynch was discharged from duty. The young 26-year-old arrived in Philadelphia just in time to vote for independence, sign his name on the Declaration, and return to his ailing father. Regrettably, his father died of a stroke soon after. Due to his own faltering health, Lynch and his wife set sail for warmer climates in hopes of restoring his complexion. However, because he had essentially signed his own death warrant by affixing his name to the Declaration, travel by sea was especially dangerous. In order to evade capture, the Lynch’s sailed for the West Indies and planned to set sail from there to Europe. Tragically, their ship was lost at sea, disappearing in the infamous Bermuda triangle.

As the youngest signer to die, Thomas Lynch Jr’s life was short-lived yet vastly accomplished. Although he was ill for most of his life, he selflessly devoted care for his father and his country. Undaunted by the threat to his life by signing his name, Lynch quietly and patiently fulfilled what he considered was his patriotic duty. William Ellery, a fellow signer from Rhode Island, said of Lynch: “He was enabled to give his full sanction to those measures which were tending, with irresistible efficacy, to the declaration of independence. One of the last acts of his political life was to affix his signature to this important manifesto.”