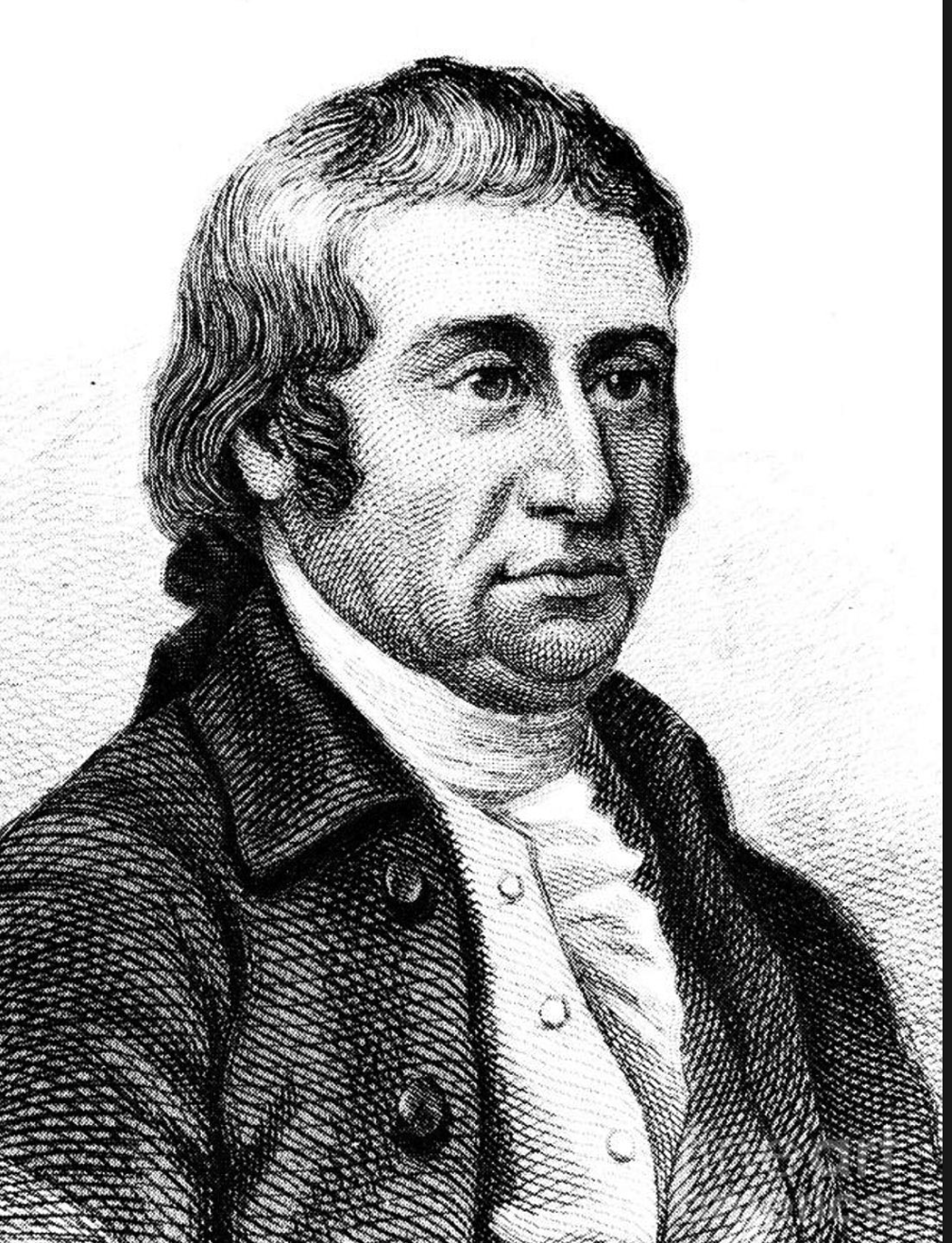 The youngest of seven children, Josiah Bartlett determined at an early age he wanted to be a doctor, and so began his apprenticeship at age sixteen. After five years of delivering babies, mixing medicines, and fixing broken bones, he was declared ready and hung out his shingle as Dr. Bartlett. At the age of 25 he married his cousin Mary and he brought twelve of his own children into the world. His character, honesty, and impartiality, not to mention his competence, made him popular in the community, so much so that he was appointed justice of the peace and commander of the local militia company. He was elected to the provincial assembly in 1765.

In 1774 the New Hampshire House of Representatives created a Committee of Correspondence in order to maintain contact with the other colonies regarding royal malfeasance or parliamentary tyranny. Bartlett’s service on that committee cost him both his colonelcy in the militia and his justice of the peace office, compliments of the unhappy royal governor. That same year, Bartlett was elected to the First Continental Congress but declined due to the loss of his house in a conflagration, possibly set by Loyalist neighbors. Upon the dissolution of the Assembly by the Governor, Bartlett joined his comrades meeting secretly elsewhere. When the Governor fled the colony in the following year, the Committee of Safety which had been created by the Assembly, took over the reins of civil government. They appointed Dr. Bartlett Colonel of a militia regiment. Hoping for an ultimate resolution of their differences with England, the Assembly sent the Colonel to the Second Continental Congress meeting in Philadelphia. In June he wrote to New Hampshire Council member Nathaniel Folsom requesting instructions regarding the colony’s sympathy with full independence. His friend replied that both houses were unanimous in supporting the break with England and instructed him to “join with the other Colonies in declaring the Thirteen United Colonies, A FREE AND INDEPENDENT STATE.”

On July 2nd Josiah Bartlett signed the Declaration of Independence second after the President, John Hancock. He was also the first delegate to sign the engrossed final draft on August 2nd. Bartlett returned home and spent his time raising troops for the war and helping administration of his state. He treated wounded soldiers after the Battle of Bennington and Saratoga and was sent once again to Congress and signed the Articles of Confederation. He served on the committee establishing an American navy.

Dr. Bartlett continued in public service as Justice of the State Supreme Court though he had no formal legal training, just common sense, wisdom, and experience in the real world. He also served as President of New Hampshire and then as the first Governor. The Doctor strove tirelessly for ratification of the Constitution, and when New Hampshire voted approval, it put the ratification over the top, making his state the confirmer of the new Republic. All the while Josiah Bartlett continued his calling as a healer, Dartmouth awarding him an honorary doctor of medicine degree! Three of his sons and seven grandsons followed in his footsteps as doctors. He died at the age of sixty five in 1795 and the Rev. Dr. Thayer stated, in part, at his funeral, “The New Hampshire stern patriotism and inflexible republicanism which adorned the character of Doctor Bartlett, have already been developed. His mind was quick and penetrating, his memory tenacious, his judgement sound and perspective. His natural temper was open, humane, and compassionate. In all his dealings he was scrupulously just, and faithful in the performance of all his engagements.”