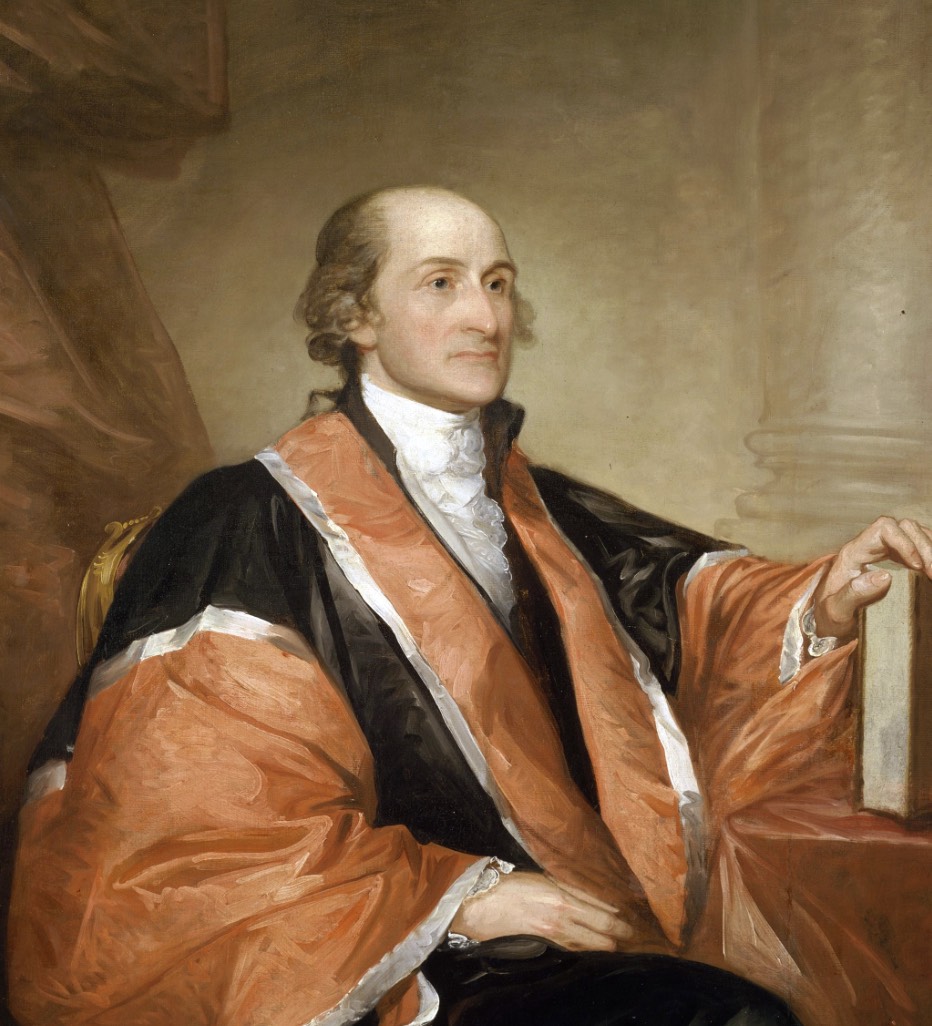 John Jay descended from brave Huguenot exiles from France who came to America after the revocation of the Edict of Nantes. They prospered in trade, continued to marry fellow French expats and saw to the education and success of their children and grandchildren. John Jay, from a family of ten children, was mostly home educated until he attended and graduated from Columbia University, then known as The King’s College. He read law, passed the bar and “almost immediately established an extensive and lucrative practice” in New York. His contributions to independence and the early Republic placed him among the greatest of the founders as a patriot, a statesman, and defender of the rule of law.

John Jay served as the secretary of the Committee of Correspondence in 1774, his first public action in the movement toward independence. As a natural conservative always supporting law and order, Jay was careful to side with those seeking reconciliation with the crown, but not at the price of liberty. Although opposing mob action, Jay did finally did move toward independence as a member of the First and second Continental Congresses, and became an ardent patriot.

He served in the New York legislature and drafted the State Constitution. His service in New York kept him away during the Declaration debates and he was not there for the signing though he fully supported the break from Great Britain. He served as President of the Congress in 1778 and 1779 as well as Chief Justice of the New York Supreme Court. Jay was in Paris with Benjamin Franklin during the negotiations for ending the War and contributed much to the final treaty.

John Jay was an ardent supporter of the proposed Constitution. He believed the country needed a stronger central authority than the Articles of Confederation allowed and wrote essays in the Federalist, along with Alexander Hamilton and James Madison supporting ratification. He rejected President Washington’s offer of Secretary of State (which went to second fiddle, Thomas Jefferson) but accepted the position of Chief Justice of the Supreme Court, where he served only two years. Jay was sent by the President to negotiate another, and much more controversial treaty with England (“Jay’s Treaty”) and while there was elected Governor of New York. He ran unsuccessfully for President of the United States as a Federalist in 1796 and 1800. He retired to his farm in 1801 with his wife and six children, where he lived out his life as a farmer for twenty-seven more years, declining all offers to elected and appointed office.

The renowned statesman and founding father became an ardent opponent of slavery, finally convincing his home state of New York to abolish the institution, gradually and without compensation, in 1799. He had to overcome stiff resistance from the slave-holders of New York City. Jay was well known for his strong Christian convictions which were reflected in his speech, his legal opinions, and service as the president of the American Bible Society.

“No human society has ever been able to maintain both order and freedom, cohesiveness and liberty, apart from the moral precepts of the Christian religion. Should our Republic ever forget this fundamental precept of governance, we will then, be surely doomed.”