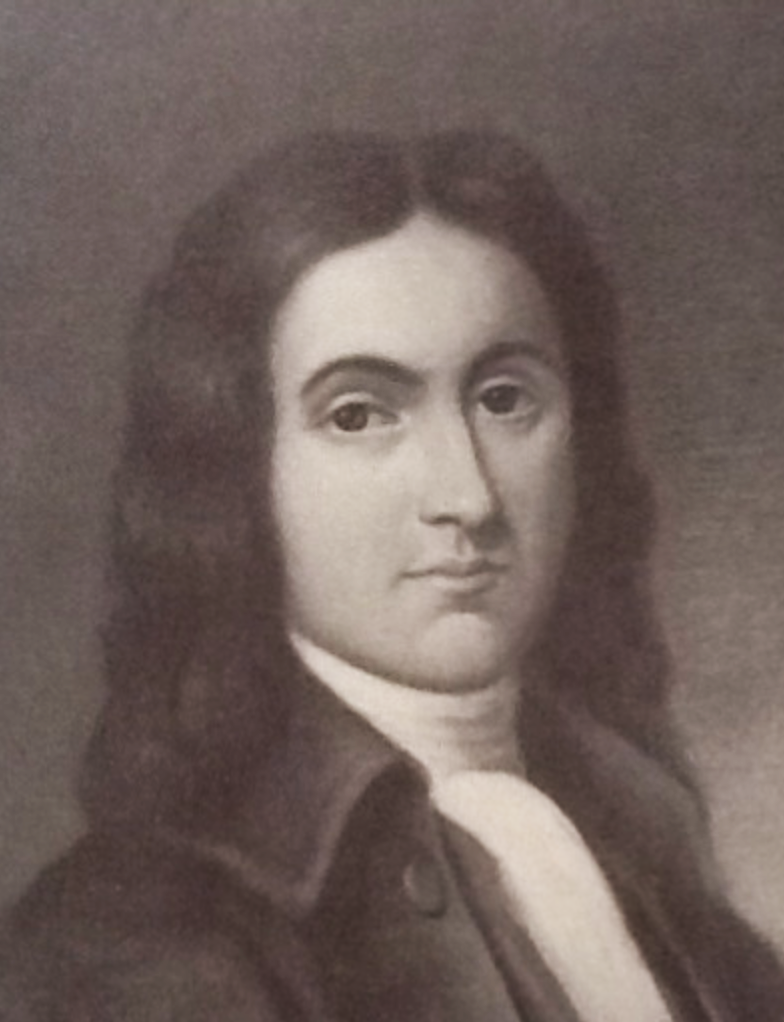 Known by fellow delegate Benjamin Rush as a “plain, honest, well-meaning Jersey farmer,” John Hart lived his life (1711-1779) to the utmost for family, country and independence. Born in Stonington, Connecticut, and later moving to Hopewell, New Jersey, John Hart rose in fame and fortune as a self-educated gentleman and a well-respected farmer. From his diligence and good character, he earned the reputation of “honest John Hart” as a farmer, statesman and patriot; a reputation which would carry throughout his entire life.
Ascending to the position of justice of the peace Hart added the virtue of “fairness” to his growing repertoire, and in 1761 was elected to the New Jersey legislature where he was continually reelected until it dissolved in 1771. In those span of years John Hart opposed the Stamp Act of 1765 where he united with other patriots in believing that “the right to tax the colonies lay with the colonies only – and not with Great Britain.”

In the July of 1774 when the British closed the port of Boston, John Hart was elected to attend the Continental Congress where he joined in the swelling force that scripted an appeal to King George. At sixty John Hart was among the oldest members of Congress, and with just as much patriotic zeal as many of the younger members. He divided his efforts between time in the assembly, and his farm in New Jersey. In fact, Hart requested that he be excused from the assembly. Although they accepted his resignation, he was asked by popular demand to return to the Provincial Congress of New Jersey, and then the general Congress in 1776.

The storm clouds were brewing in Congress due to a recent notice from Britain which denied the original petition sent by the Congress.

The feelings of the people had become exasperated, and New Jersey, which had been second to no one of the colonies in loyalty of love and peace, became thoroughly and rapidly changed. The machinations said to be detected early in the year of 1776, which had been directed against the fidelity and spirit of the army and the safety of the commander in chief, exited the indignant patriotism of the people of this province, perhaps more than even the proofs of determined and violent hostility on the part of the British government.

New Jersey delegate John Hart joined his hand with his brothers as they signed the document that would publicize their push for independence. Although the British army had just landed on Staten Island and was advancing rapidly into the New Jersey territory, Hart did not shrink from his duty. He was well aware of the danger when he signed the Declaration of Independence, and the price that he would soon pay for his act of patriotism.

No sooner did he sign the document than the British troops were on his doorstep. Nursing his terminally ill wife, and managing his thirteen children, John Hart at first refused to leave his plantation. However, at the last possible moment he divided his children amongst the neighbors and fled his house. He was hunted for months afterward, living in caves, evading every effort of the enemy as they chased him like hounds on the scent.

With the defeat of the British at the Battle of Princeton on January 3, 1777, John Hart returned to a damaged home and ravished farm lands. He still managed to host George Washington in his home a year later and provide campsites for 12,000 troops. He may never have fully recovered from his exposure to the elements but nonetheless put all his remaining efforts into restoring his farm and raising the children. The least educated of the founders showed the lawyers how a working man can commit to a Cause.

He was greatly beloved by his family and friends, and highly respected by a large circle of acquaintance, who often appealed to his wisdom and judgement in the settlement of their local affairs. In addition to this, he enjoyed the reputation of being a sincere and humble Christian… Such was the life, and such the last end, of “honest John Hart.”