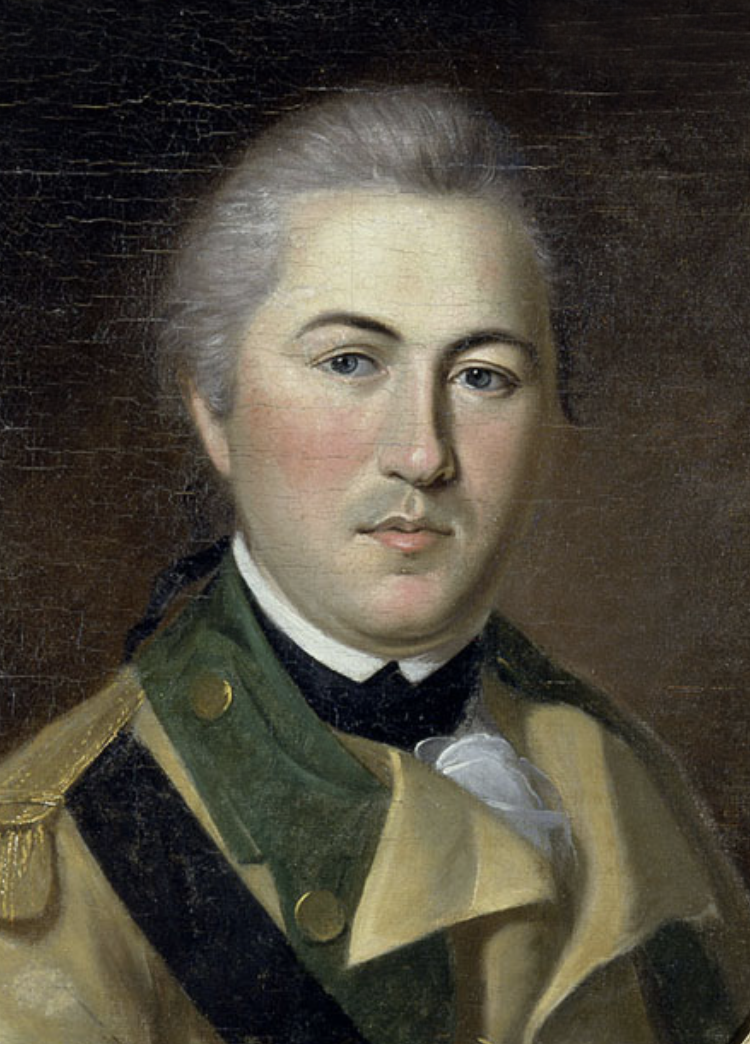 Young men of courage and daring are always prized in time of war. So much the better when providence places them in a situation that calls forth their natural talents. Such was the course of the Virginian Henry Lee in the War for American Independence. A member of the large and politically connected Lee families, he graduated from Princeton at age 17 but saw his burgeoning law career cut short by the War. After receiving a cavalry commission in the dragoons from Governor Patrick Henry, the patriotic young soldier showed real promise as a leader of light cavalry, performing dangerous reconnaissance behind enemy lines in the 1st Continental Dragoons.

Lee’s handling of men in an action near Valley Forge in January of 1778, resulted in a resolution from Congress which stated that “by the whole tenor of his conduct . . . he has proved himself a brave and prudent officer rendering essential service to his country and acquired to himself and the corps he commanded distinguished honor.” They raised his rank to Major and allowed him to recruit two regiments of cavalry and attach three regiments of infantry, all to become known as “Lee’s Legion.” His elite force struck the British a severe blow in the Battle of Paulus Hook, for which Congress awarded Lee one of only eight medals struck in the war and the only one presented to an officer below the rank of General. By November he was raised to Lieutenant Colonel and made a Corps commander. Not bad for a twenty three year old with only on the job training.

Lee’s most brilliant service came in the Southern Campaign where he joined with Francis Marion, the “Swamp Fox” and General Nathaniel Greene against Lord Cornwallis and his green-jacketed bad-boy dragoon goon Banastre Tarleton. Detached for independent raids, Light Horse Harry shattered a Tory force at Haw River in North Carolina and conducted constant reconnaissance and intelligence gathering throughout the South Carolina expedition. His “Partisan Corps” fought in every engagement until the British were finally bottled up in Charleston. He was allowed to rejoin his George Washington’s forces at Yorktown, Virginia so he could be in on the kill that brought about the end of the war. He returned to South Carolina for some final action and was honorably discharged, probably suffering from depression and true battle fatigue. He had known nothing but constant war from the age of 19 to 27.

In 1782 Henry Lee married his second cousin, “the divine Matilda” and produced three children before her death in 1790. He then married Anne Hill Carter of “Shirley Plantation” who bore him six more children, the fifth of whom was Robert Edward Lee, who became the lion of the Confederacy in the 1860s, a man who was constantly reminded of his father’s heroism and service in the first Republic. He remained a good friend of the Great Washington and he supported the ratification of the Constitution. Lee when on to serve as Governor of Virginia and as a congressman. It was Light Horse Harry Lee who proclaimed upon Washington’s death that “he was first in war, first in peace, and first in the hearts of his countrymen!”

In his elder years Henry Lee suffered severe financial losses due to ill-advised investments and the bankruptcy of the financial wizard of the Revolutionary war, Robert Morris. He lost his fortune, his property, and his reputation. Lee was severely tortured and beaten by a Baltimore mob in 1815 when he came to the defense of a newspaper publisher who opposed the War of 1812. His health deteriorated and he died on an island in Georgia near the home of his old commander, Nathanial Greene.

The hero of the Revolution had served faithfully at lower ranks commensurate with his inexperience and age, but he moved quickly to the top as his talents for commanding dragoons and his leadership and courage on the battlefield proved his merits; he is the perfect example of a man who was faithful in small acts and was rewarded with the opportunity to earn the trust of his country in large ones. The providential result in the case of Light Horse Harry Lee, was a key role in the creation of the American Republic.