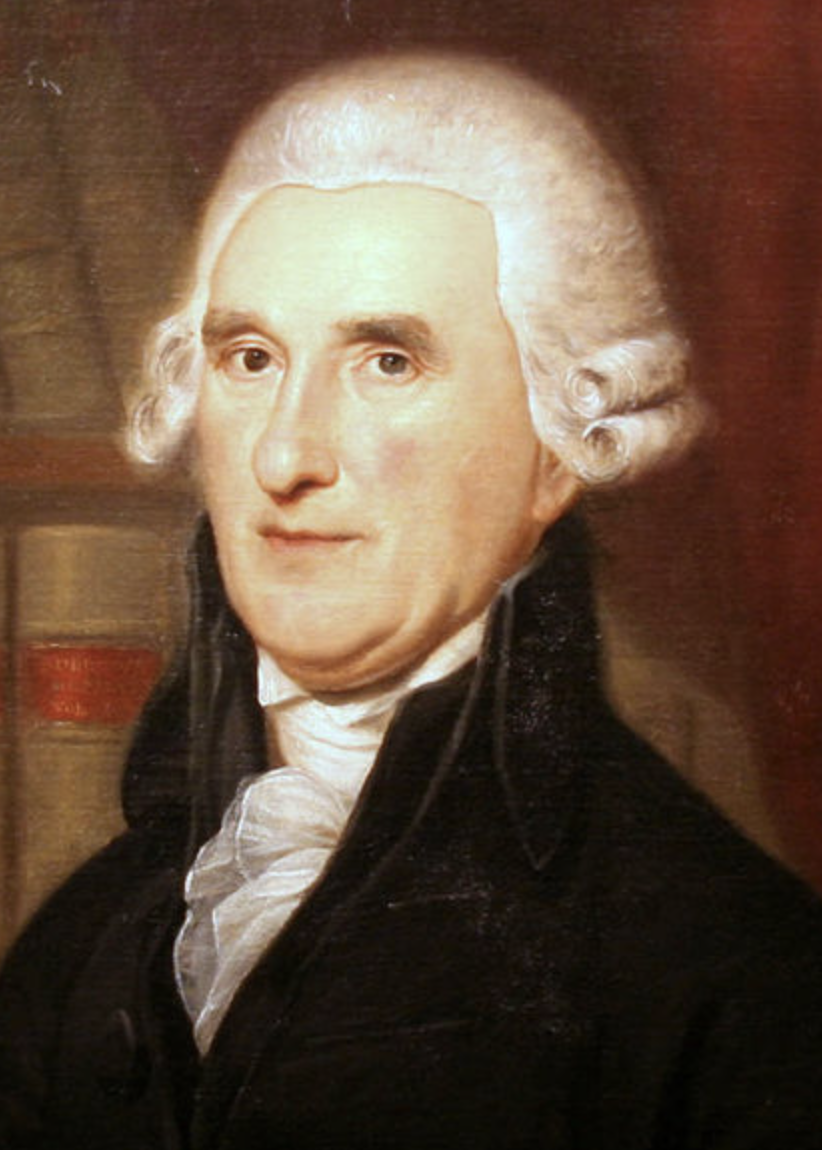 Another son of a clergyman among the signers of the Declaration of Independence (there were at least six of them), George Ross received much of his education from his father. He joined the bar at twenty one and married one of his first clients, the beautiful Ann Lawler. They built a substantial home in Lancaster, Pennsylvania where he found great success in his calling. A conservative supporter of the crown, a reliable Tory in politics, it seemed that for Ross, the future contained nothing but prosperity and preferment.

In 1774 he received an appointment to the First Continental Congress and identified with the outspoken and articulate fellow-conservative, John Dickinson. In the course of the debates and discussions, perhaps in the taverns after the official meetings, Ross shifted toward more independent political ground. Realizing that affairs were getting out of hand, he joined in the efforts to defend his homeland by helping raise a militia. Ross was reelected to the Congress after the debates and creation of the Declaration of Independence and showed up on August 2nd to sign on behalf of Pennsylvania. When the county raised a substantial sum of money to help defray his expenses and absence from his office, he rejected gift and served his terms without pay.

The legislature chose Ross to serve as vice-president of the state Constitutional Convention and he put his legal acumen into new application with Benjamin Franklin as they wrote up their own independent state legal document. Within a year George Ross retired from Congress due to illness. He still deigned to serve as the admiralty judge for the state, where he encountered a case for which he became widely known, though its adjudication finalized many years after his death. In the admiralty court case, which was fought over the prize money from a captured British ship during the War for Independence, Ross refused to accept the Supreme Court’s decision over the Pennsylvania ruling. It was a bell-weather case concerning states’ rights, not settled till 1813, affirming the state’s ruling.

Like many of his Congressional colleagues, Ross suffered from gout, which could negatively affect other physical problems. Whatever other illnesses plagued George Ross, he died after a severe attack of gout in 1779, age forty nine, attended by his wife and children. While not one of the better known signers, he nonetheless invested his time and resources to independence and when called upon to fulfill his destiny and duty, he was faithful to carry it out without reservation.