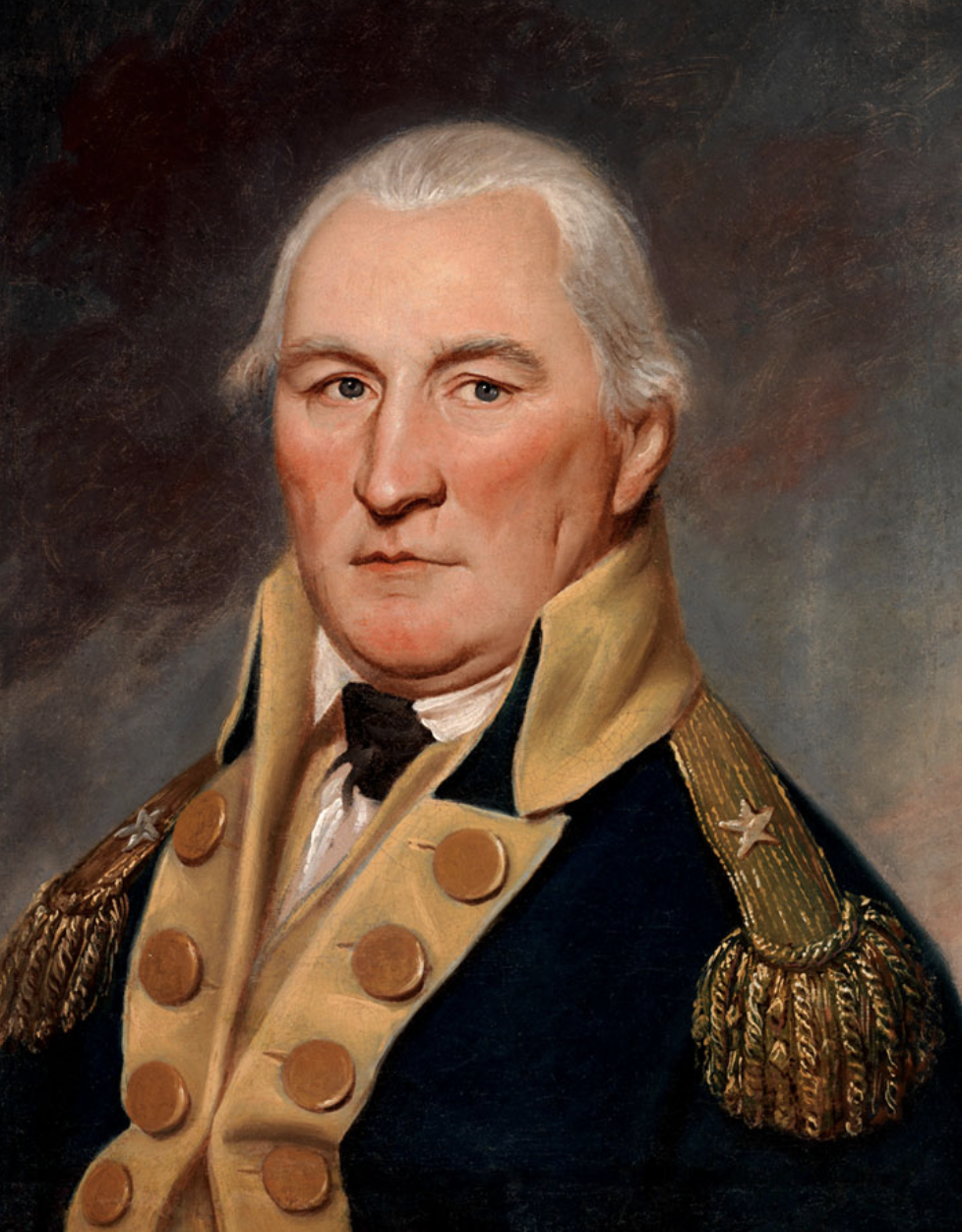 Grandson of Welsh immigrants, first cousin of Daniel Boone, Morgan was destined by providence to take his place among the most honored and successful of the American generals in the War for Independence. First, though, he had to run away from home at age seventeen, slug a British officer in the French and Indian War and receive five hundred lashes, get shot in the face at point blank range fighting Indians, and become one of the most feared frontiersmen in Virginia.

Daniel Morgan began his military adventures as a waggoneer on the Braddock Expedition against Fort Duquesne. He and his cousin Daniel Boone both survived along with a future friend, George Washington. On the rough and tumble of the Virginia frontier, the fiery six foot, two hundred pound Morgan became known as a brawler and two fisted drinker, always giving more than he got. An Indian bullet took out all his teeth on one side and exited his neck but he kept his saddle and escaped the ambush.

When the War for Independence came, Morgan helped raise and command a company of riflemen, inured to hardship and deadly shots. He led them six hundred miles to Boston without one dropping out. His men spearheaded the march against Quebec, in which battle he was captured and later exchanged. He raised a body of five hundred sharpshooters, “the Corps of Rangers,” and joined Washington in New Jersey, later sent to fight the British invasion of New York. His men mowed down the Redcoats and the Hessians on several occasions in the Saratoga Campaign, usually recognized as the turning point battle of the war. His men would scatter after fighting behind trees and be reassembled with a turkey call to go at the enemy from another quarter.

Colonel Morgan refused to join the political and military intrigues against General Washington, threatening the perpetrators with physical harm. The short-tempered and ambitious Virginian joined with the main Continental Army in several other campaigns but resigned pleading ill health and after being slighted by Congress for higher command in 1779. After promotion to Brigadier General, Morgan proceeded to South Carolina where he turned his men to fight at the Cowpens to stop “Bloody Ban” Tarleton. Directed by Morgan’s unique brand of personal heroism and leadership, his Virginia riflemen and militia annihilated the British force, and the doughty Welshman marched his troops through a trap to join Nathaniel Greene’s army in North Carolina.

Suffering from rheumatism, arthritis, and probably sciatica, Morgan resigned his commission. After the war however, he commanded the Militia during the Whiskey Rebellion and ran both a successful and an unsuccessful campaign for Congress. He was slow in paying his debts and quick to thrash the man who owed him.

Both his daughters married former Continental officers and between them gave him nineteen grandchildren to play with. Unlikely though it may have seemed to his old comrades, he joined the Presbyterian Church. One of the most colorful, shot-up and successful frontier and army leaders in American history died at the age of sixty six near Winchester, Virginia, celebrated by his own kind across America. He was still the center of attention when his descendants hid his bones during the Civil War, afraid the Yankees would steal them.