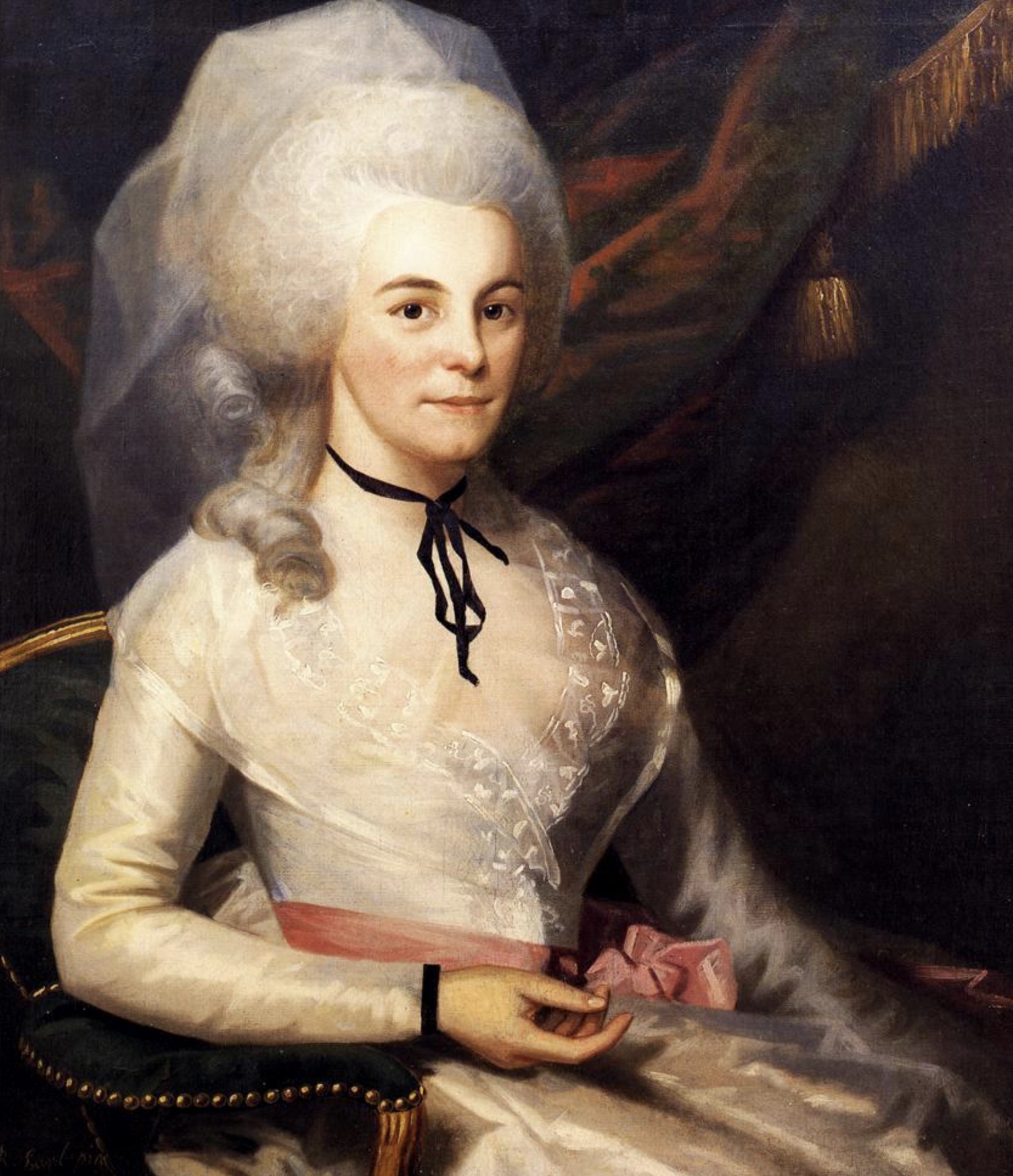 Elizabeth Schuyler Hamilton was born on August 9, 1757 in Albany, New York, the second daughter of Philip Schuyler, a Revolutionary War general, and Catherine Van Rensselaer Schuyler. Unlike her future husband, Alexander Hamilton, who was born in illegitimate poverty, Elizabeth was born into one of the wealthiest and most influential families in New England.

In early 1780, Elizabeth went to stay with her aunt, Gertrude Schuyler Cochran, in Morristown, New Jersey. There she met Alexander Hamilton, one of General George Washington’s aides-de-camp, who was stationed along with the General and his men in Morristown for the winter. The relationship between Eliza and Alexander quickly grew, even after he left Morristown, only a month after Eliza had arrived. By early April they were officially engaged, with her father’s blessing.

On December 14, 1780, Alexander Hamilton and Elizabeth Schuyler were married at the Schuyler Mansion.

After the war, the Hamiltons’ had an active social life, often attending the theater and as well as various balls and parties. According to one historian, Elizabeth Hamilton and Lucy Knox were the leaders of fashionable society in their day.

Elizabeth aided Alexander throughout his political career, serving as an intermediary between him and his publisher when he was writing The Federalist Papers, copying out portions of his defense of the Bank of the United States, and sitting up with him so he could read Washington’s Farewell Address out loud to her as he wrote it.

In 1797, an affair between Hamilton and Maria Reynolds, a young woman who had first approached him for monetary aid in the summer of 1791, came to light. Eliza evidently didn’t believe the charges when they were first leveled against her husband. Only after Hamilton published a pamphlet, later known as the Reynolds Pamphlet, admitting to his one-year adulterous affair, did she believe the rumors. She briefly left her husband before returning to him later that year. Over time, Eliza and Alexander reconciled and remained married, and had two more children together. Only two years later, Alexander became involved in a similar “affair of honor,” which led to his infamous duel with Aaron Burr and untimely death.

Two years after her husband’s death, she, along with several other women, founded the Orphan Asylum Society as the first private orphanage in New York. Eliza was appointed second directress, or vice-president. In 1821, she was named first directress, and served for twenty-seven years in this role. She died in Washington, D.C. on November 9, 1854, at age ninety-seven. She had outlived her husband by fifty years.