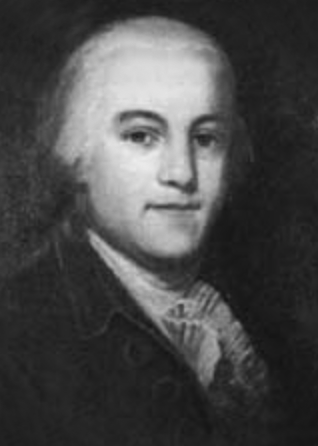 As the youngest signer of the Declaration, Edward Rutledge was only twenty-six years old when he made the life-altering decision to pen his name. Born on November 23, 1749 in Charleston, South Carolina, he was also the youngest of seven children born to Dr. John and Sara Rutledge. Shortly after Edward’s birth, John Rutledge died, leaving his young 27-year old wife to raise seven children alone. During his formative years, Edward was educated by private tutors and worked as a clerk in his brother’s law office. When he was 20, he was sent to Middle Temple in London to study law.

After his studies were complete, he returned to the colonies and was admitted to the South Carolina bar. He married Henrietta Middleton, sister to Arthur Middleton- a fellow signer of the Declaration, and together they had three children. In 1774, he was elected to serve as a delegate in the Continental Congress. At first, Rutledge was hesitant to sever ties with the Motherland. He, along with a few other South Carolina delegates, advocated for reconciliation and negotiation with England. Knowing the price of independence, Rutledge urged the other delegates to consider the grave consequences of a costly war and to contemplate a peaceful agreement, which could potentially save countless lives. If war should be necessary, Rutledge argued, time and patience were essential in order to establish skilled armies, amplify resources, and strengthen collaboration with foreign allies. When Richard Henry Lee called the vote for independence, Rutledge requested that the vote be delayed until July 1st. Although he eventually voted in favor of independence in order to be unified with the other colonies, he still maintained that the timing was not yet “ripe.”

Rutledge greatly paid the price of independence. While fighting in the battle of Charleston as captain of artillery, he was captured by the British and sent to a prison in St. Augustine for “dangerous rebels,” along with fellow signers and brothers-in-law Heyward and Middleton.

He was incarcerated for a year before he was released as a prisoner exchange. After his release, Rutledge continued to serve in the South Carolina state legislature until he was elected as Governor in 1798. Despite suffering from gout, a common ailment at the time, he continued to serve as governor and completed the term. At the turn of the century, he fell ill due to exposure to the rain and cold. He died at the age of 50 on January 23, 1800.