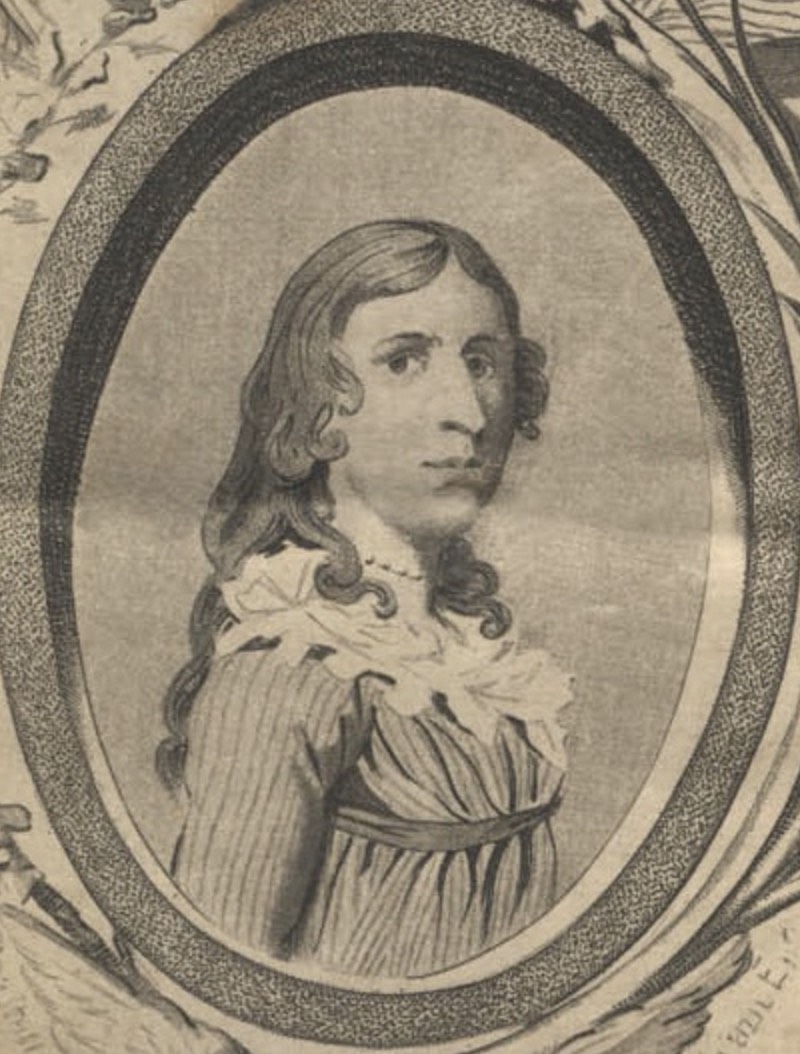 One of the bravest women in the American Revolution, Deborah Sampson risked her life to defend the “red, white, and blue.” Born on December 17, 1760 in Plymouth, Massachusetts, she was the great-great-granddaughter of William Bradford, governor of the Plymouth colony. After her father abandoned the family, Deborah was sent to live with relatives. When her mother died soon thereafter, the young girl was sent to live with a widow who taught her how to read. After the elderly widow died, she worked as an indentured servant for 8 years to the Thomas family of Middleborough. At the age of 18, she was released from her services and then worked as a schoolteacher.

Although she had a difficult childhood, Deborah was anything but timid and delicate. If anything, her rough experiences taught her to be resilient and strong. Indeed, her 5 foot-9 inches frame greatly dwarfed the 5 foot average height for women in the day. Standing above the average 5’6 male, Deborah was a fearsome woman not to be trifled with. Along with her haggard and frontier-wearied facial features, this strong woman could have easily passed as a man.

When war erupted at the Battle of Lexington in 1775, Deborah saw a chance to provide a substantial income for herself. She cleverly disguised herself as a man and began walking and talking as one. In 1782, she joined the the Light Infantry Company of the 4th Massachusetts Regiment under the name Robert Shirtliff. Light Infantry Companies were elite troops, specially picked because they were taller and stronger than average. Their job was to provide rapid flank coverage for advancing regiments, as well as rearguard and forward reconnaissance duties for units on the move. Because she joined an elite unit, Sampson’s disguise was more likely to succeed, since no one was likely to look for a woman in a unit made up of soldiers who were specifically chosen for their above average size and superior physical ability.

During her first battle, she received two shots in the leg. Fearing she would be discovered as a woman, she begged her men to leave her to die. She was taken to the doctor nonetheless. But before the doctor could examine her wound, she removed the bullets herself by using a penknife and a sewing needle. During another battle she was injured again. But this time a doctor named Barnabus Binney discovered her secret. Rather than report her, the kind doctor quietly ushered her into his house for his wife to tend to her injuries.

Following the end of the American Revolution, Dr. Binney sent word to General Patterson. Instead of reprimanding her, Paterson gave her an honorable discharge and money. In her later years she was rewarded a soldiers pension for her bravery and service to her country.