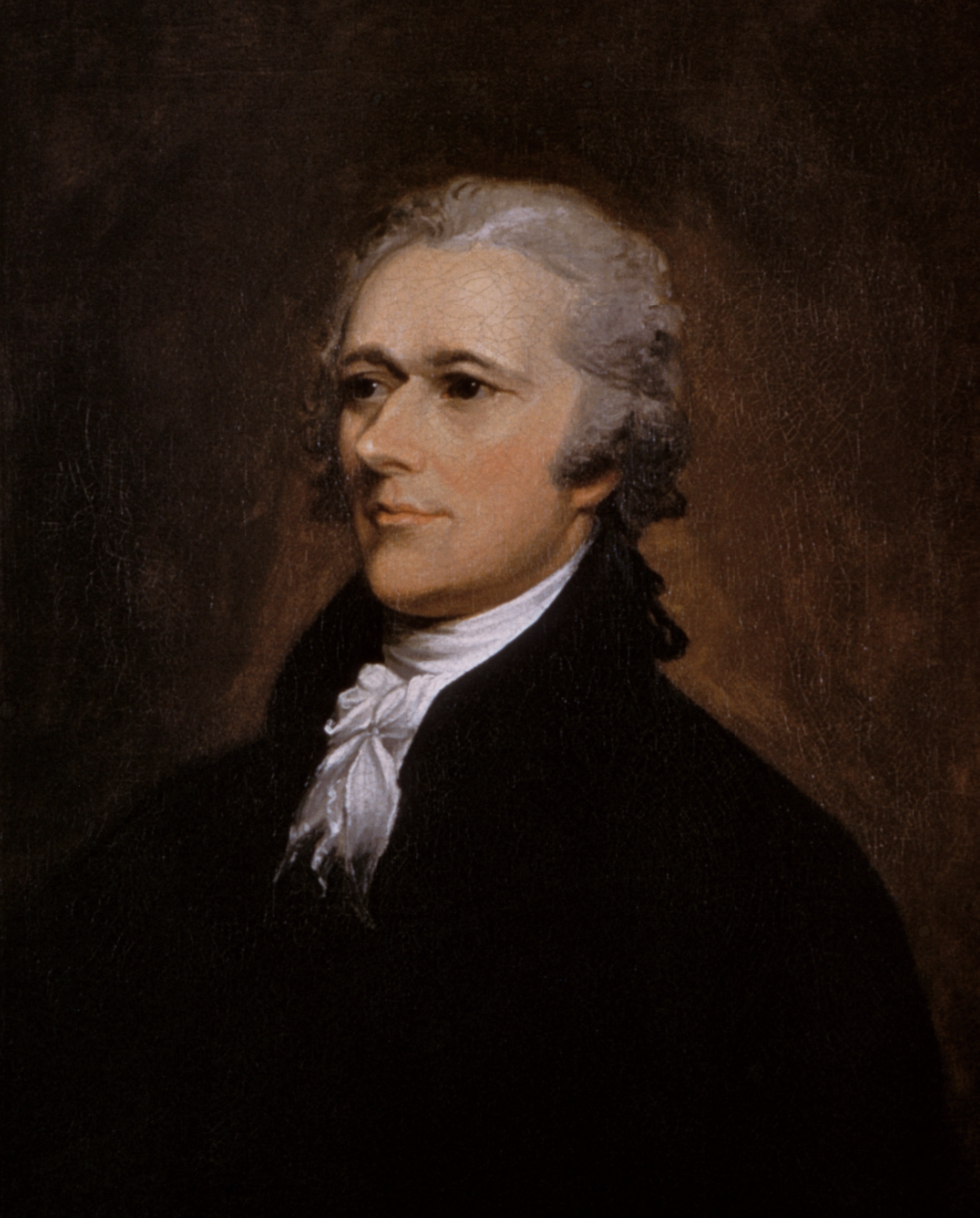 His father abandoned his mother and him, poverty stricken, on the Island of Nevis in the Caribbean. His indifferent education was supplemented by reading the thirty four books in the home. After his mother died, her husband took all the property, leaving the orphan Alexander in poverty. His cousin adopted him but shortly after committed suicide. Young Alexander Hamilton managed to get employment as a clerk, with as unsure a future as a young man could have and with little prospect of a life beyond poverty and obscurity. At the end of his life, which ended tragically in a duel, Hamilton had become one of the greatest success stories of history having served as an officer on the staff of George Washington, Congressman, Delegate to the Constitutional Convention, Secretary of the Treasury, founder of the U.S. Mint and Major General. His service in the Treasury set the financial course of the new nation.

Hamilton educated himself through voracious reading and, as a seventeen year old, wrote an account of a hurricane which had devastated the Caribbean islands. His powerful prose came to the attention of a merchant who enabled Alexander to attend King’s College in New York. From there he wrote political pamphlets arguing for independence from Britain. He came to the notice of George Washington and served on his staff, fighting in eight major battles and bravely leading the final assault at the Siege of Yorktown, ending the War for Independence. He entered the law profession after the war and when the Constitutional Convention sent that document to the states for ratification. Hamilton wrote fifty-one of the eighty five powerful arguments that became the core of “The Federalist Papers,” successfully arguing acceptance of the Constitution creating a new government.

As the Treasury Secretary, the former poor orphan boy of Nevis set about securing the financial stability of the United States; he also structured Jay’s Treaty, and led the Federalist Party in opposition to Thomas Jefferson, fellow cabinet member and political nemesis. A man of versatile genius, Alexander Hamilton was also a good judge of character, opposing Aaron Burr for President, thus helping secure Thomas Jefferson’s election in 1800.

Although he had warned his own son to exercise self-control and avoid dueling regardless of insult, Hamilton disregarded his own wisdom and fought a fatal pistol duel with Aaron Burr. Alexander Hamilton rarely shied away from expressing his opposition to men he considered unworthy of office and once again opposed Burr in his run for Governor of New York in 1804. The duel was fought in Weehauken, New Jersey and the sitting Vice President killed the former Secretary of the Treasury, who died an agonizing death the day following. His legacy as one of America’s greatest founders has not escaped controversy, but Alexander Hamilton’s rise from poverty and ignominy to the heights of political power and achievement brooks no rival among the greatest of the founders of the Republic.