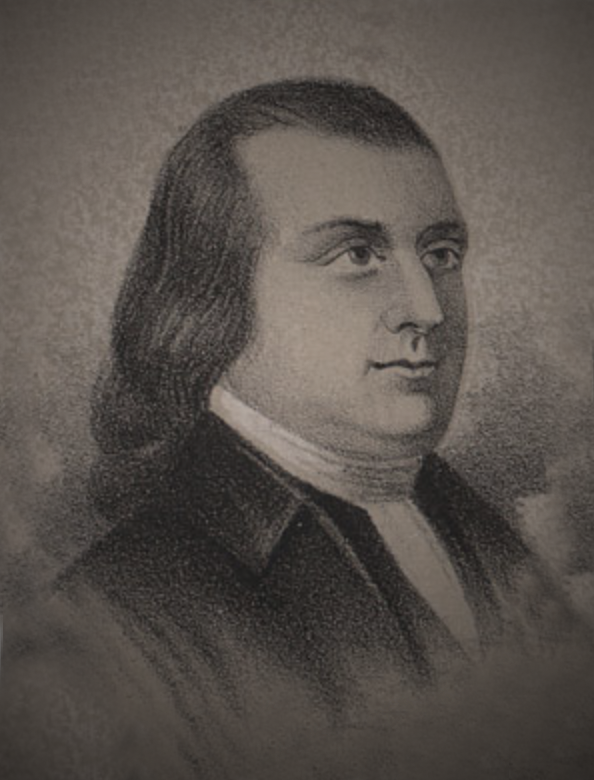 Born into a quiet country farm in Elizabethtown, New Jersey, Abraham Clark’s life would entail more adventure, hardship and suffering than his modest beginnings implied. Although a sickly and frail child, Clark devoted much of his time to personal study, and developed a fondness for mathematics. Not only was he a self-taught scholar, but as he matured into manhood became both a surgeon and a counselor to his neighbors on legal issues, fondly referred to as the “poor man’s counselor.” Clark’s first public office was as sheriff of Essex County, New Jersey. At twenty-two he married Sarah Hatfield of Elizabethtown, and together they had ten children. Abraham Clark was well on his way to prominence, not necessarily as a New Jersey farmer, but as a patriot for independence.

In June 1776, Clark was elected as delegate to the Congress for the purpose of passing a Declaration of Independence which would declare the colonies united in affirming separation Great Britain. With the English troops on the horizon, and New Jersey in the middle of everything, Abraham Clark knew the dangers of signing the document; he counted the cost and pledged his future.

Clark wrote to a friend while still in Philadelphia, on July 4th: “Our Congress is an August Assembly – and can they support the Declaration now on the Anvil, they will be the Greatest Assembly on Earth… We can die but once… We are now embarked on a most tempestuous sea… It is gone so far that we must now be a free independent State or a Conquered Country.” These were costly words to have been spoken, but he delivered them out of knowledge of the true situation. It was a momentous occasion and a high calling to be a signer of the Declaration, yet Clark new “the issue of the war must settle it,” and that “perhaps Congress would be exalted on a high gallows.”

Even though plagued with persistent health problems, Abraham Clark devoted as much time as he could to the Congress. The Library of Congress holds proof of his patriotic zeal in the handwritten letters and papers he scripted while he was with the assembly. These written documents give testimony to his life and character.

Shortly after the British invaded New Jersey by way of Staten Island, two of Clark’s children, Aaron and Thomas, were captured by the British Grenadiers and held prisoner in the infamous prison ship, the Jersey. The prison ships of the British were notorious for their brutality; the treatment and conditions of the prisoners were grossly base and inhuman. Records show that about 11,000 American prisoners perished in these ships. That was more than those who died on the battlefields of the Revolution!

Clark’s son, Thomas was put into a dark hole at the bottom of the Jersey where he survived by scraps of bread which was passed through a chink in the wall by fellow prisoners. As one historian put it, “Abraham Clark was informed by the British that his sons were held captive and would be released only if he deserted the American cause.” In response to this threat, Clark stoically rejected the offer on the grounds that he would not “renounce his cause in favor of King and Parliament.” The fate of his sons is uncertain, though some say Congress offered retaliation efforts which freed them from the deadly confines of the prison ship.

In 1786 New Jersey again elected Abraham Clark to attend to the revision of the Articles of Confederation at the Annapolis Convention. A year later, at the convening of the Philadelphia Convention for the ratifying of the Federal Constitution, he was again elected as delegate but was forced to decline due to health conditions. Like some of the other delegates, Clark was opposed to the Constitution without a Bill of Rights.

After the adjournment of the Congress in 1794 Clark retired permanently from public life to spend the remainder of his days on his New Jersey farm. While still struggling with his infirmities, his “tempestuous” life was cut short only a few months after the adjournment. Watching the building of a bridge across a portion of his property he suffered a severe heat stroke, which brought him swiftly to his death within a few hour at the age of sixty eight.

His gravestone in the churchyard in Rahway gives a clear and inspiring synopsis of his life:
Firm and decided as a patriot
Zealous and faithful as a friend to the public,
He loved his country, and adhered to her cause
In the darkest hours of her struggles
Against oppression.