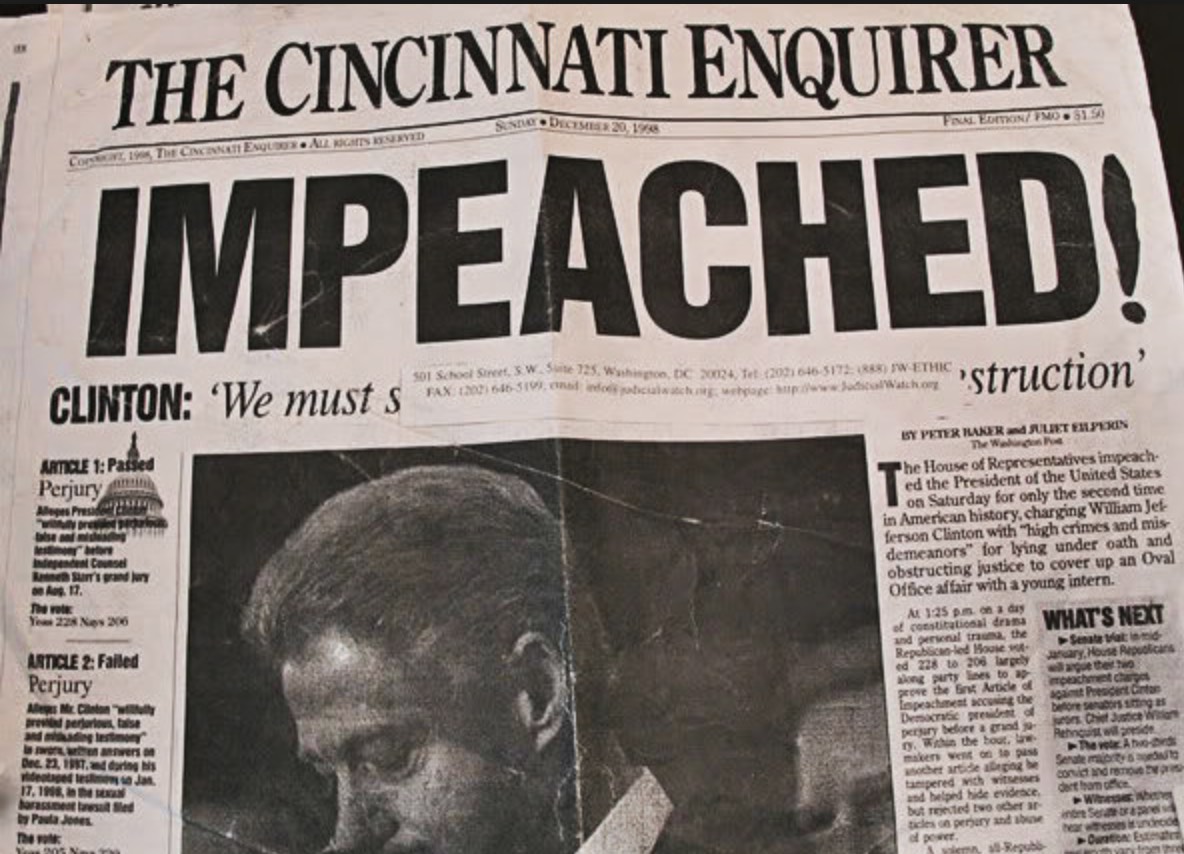 President Bill Clinton faced charges that he had lied under oath about having sexual relations in the Oval Office with a White House intern, Monica Lewinsky.  He was impeached by the House of Representatives.