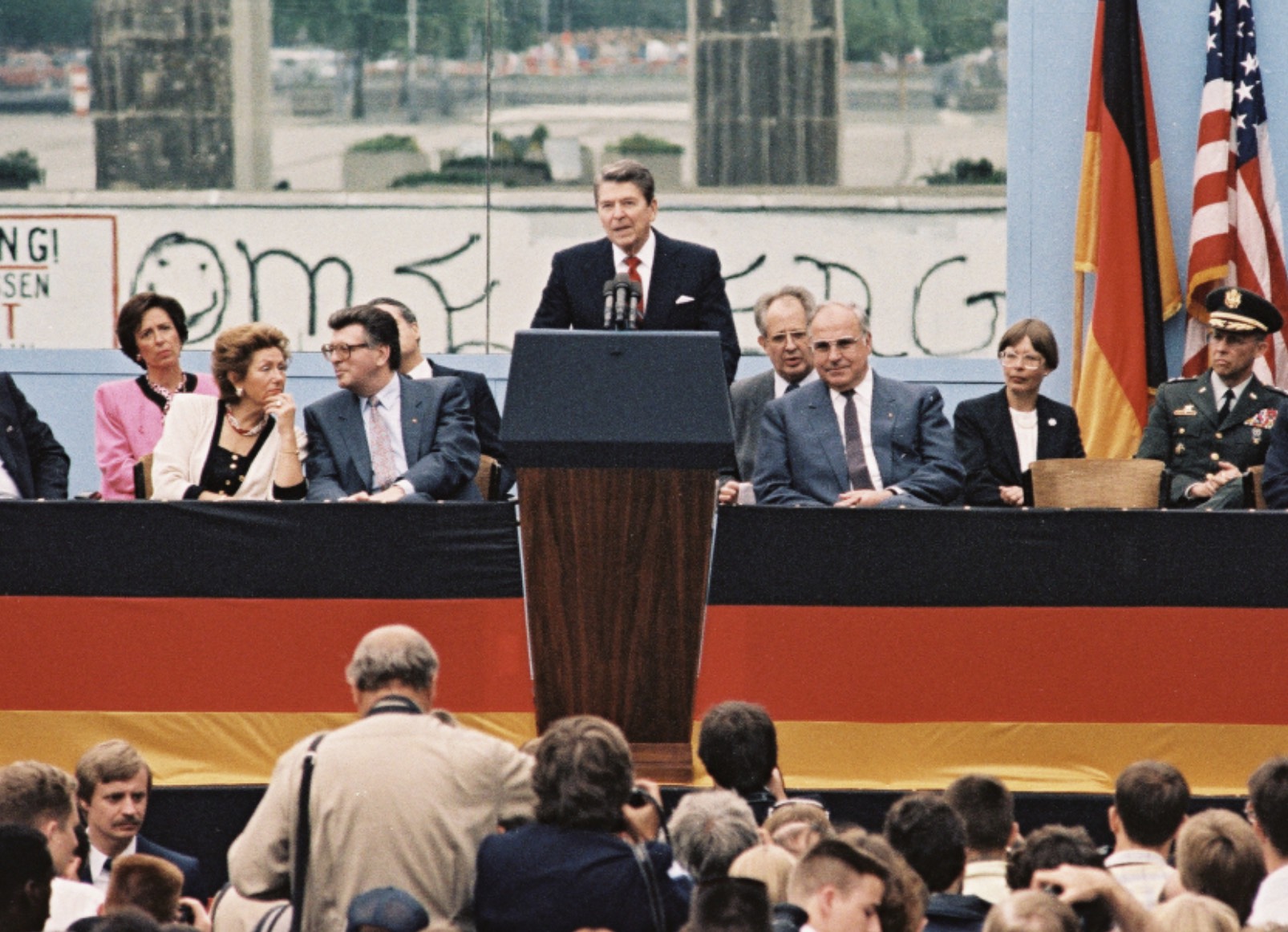 “Mr. Gorbachev, Tear Down This Wall!”

On a visit to Berlin, President Reagan called for Soviet Premier Gorbachev to destroy the Berlin Wall and reunite East and West Germany.

The Democratic-dominated Senate rejected the Reagan nomination of Robert Bork to the Supreme Court, making it clear that candidates who accepted original intent will not get past the Senate.