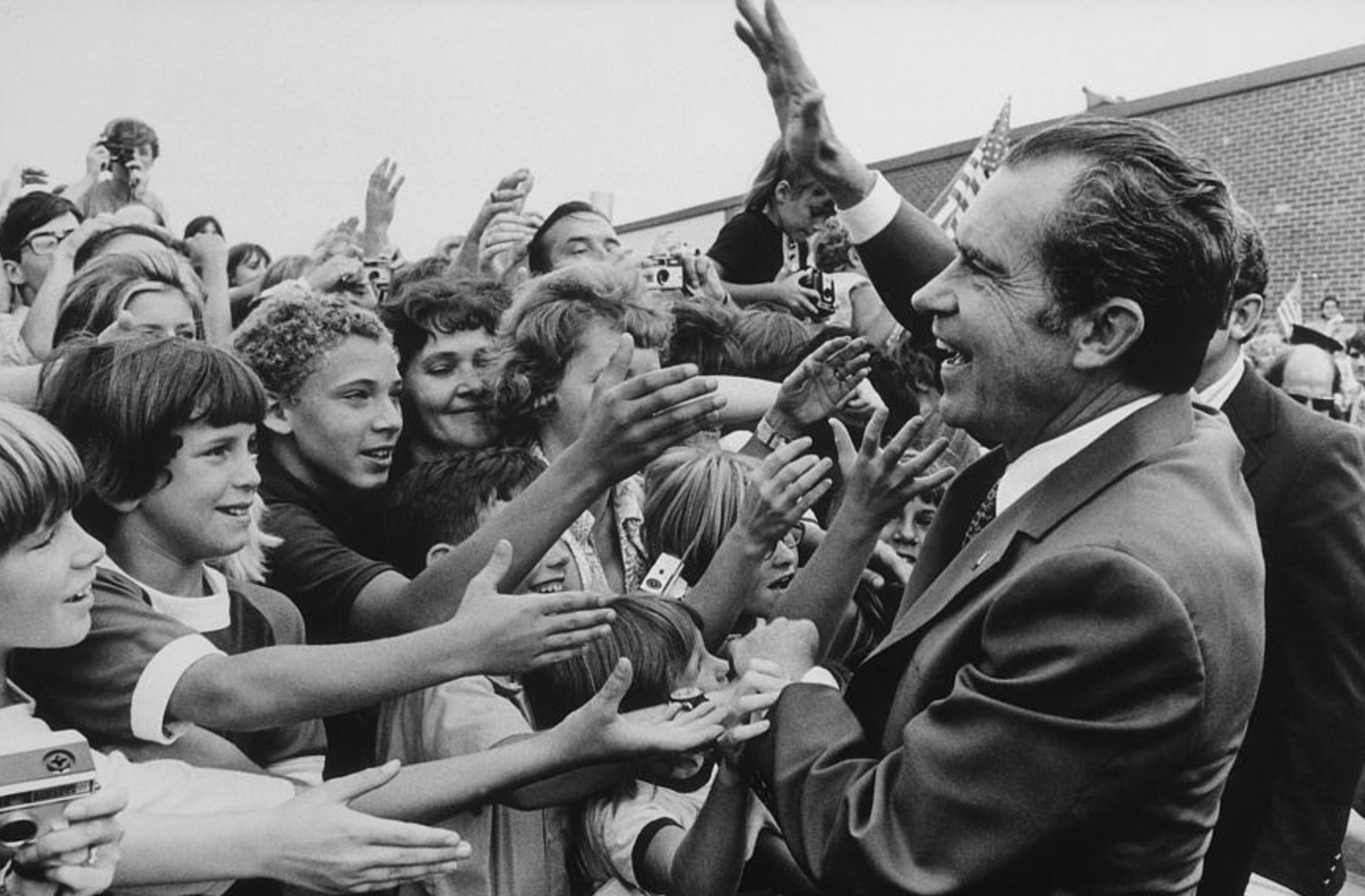 Republican Richard Nixon reelected President of the United States in a landslide, but only 55% of the electorate actually voted, the lowest turnout since 1948.