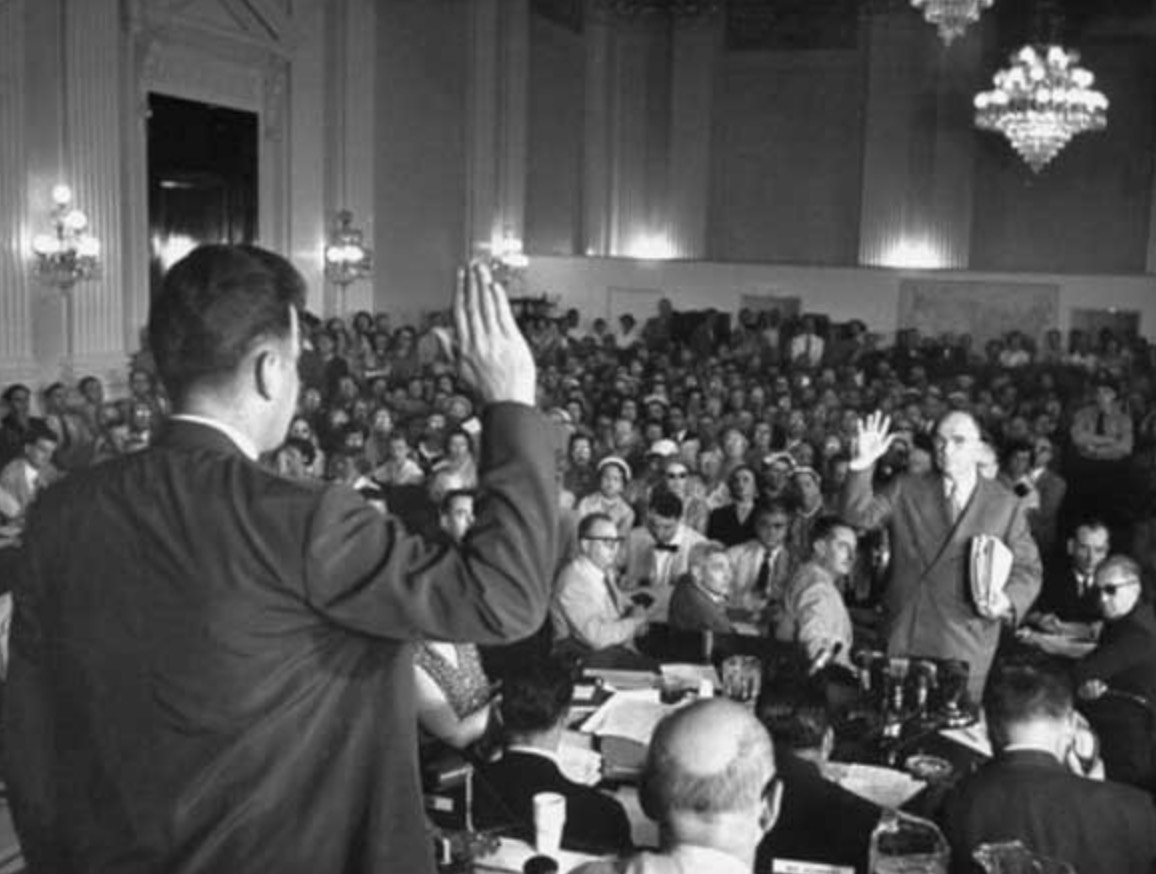 The United States announced the Marshal Plan, a strategy for reconstruction and relief of Europe in the post-war era.

President Truman oversaw the creation of the Central Intelligence Agency, Joint Chiefs of Staff, and Department of Defense, through the National Security Act of 1947.

The “Hollywood 10” were cited for contempt of Congress by an overwhelming vote, for refusing to testify before the House Un-American Activities Committee.