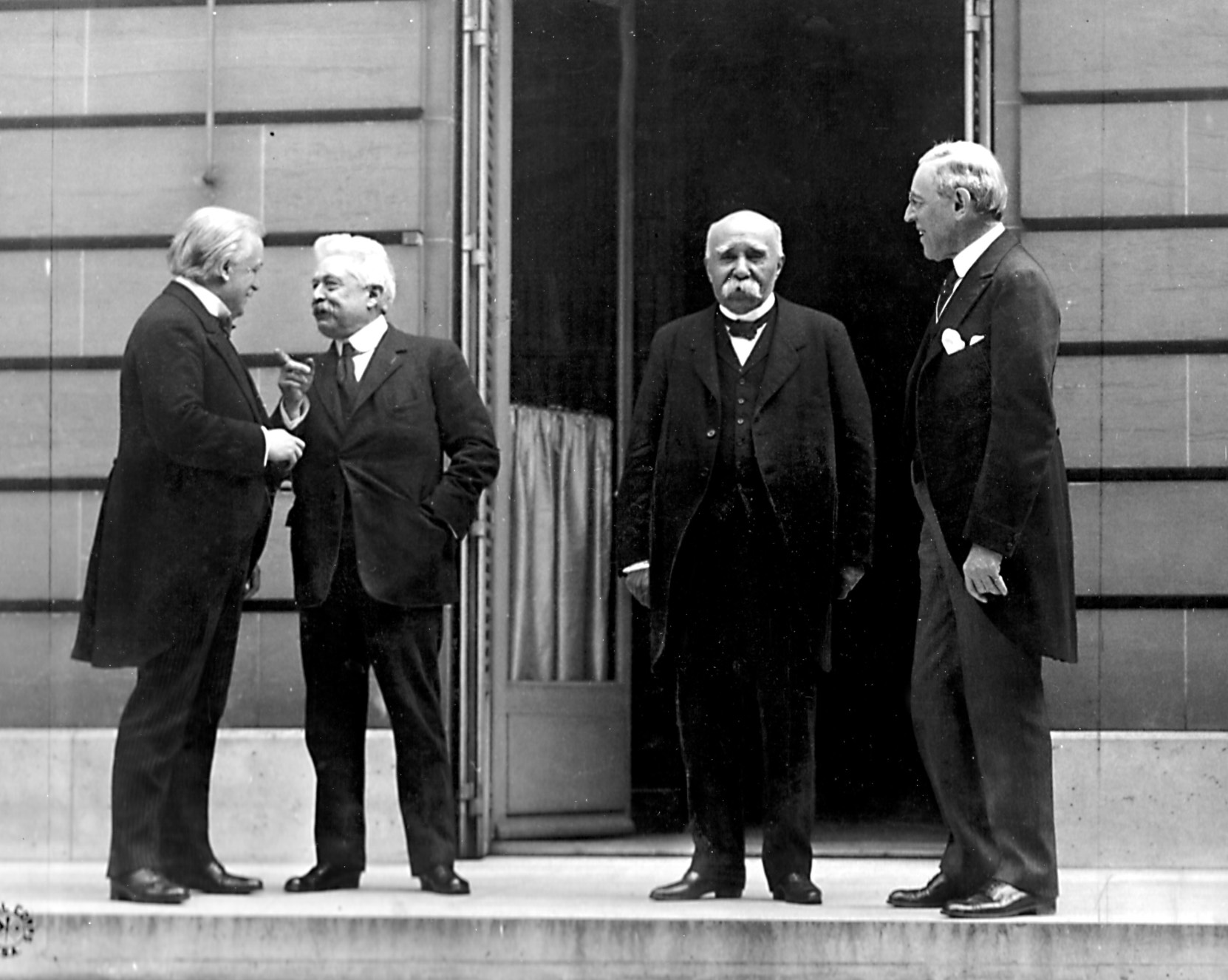 The First World War ended with the Signing of the Treaty of Paris. The allied powers imposed large war reparations, restrictions, loss of colonies and territory on Germany. Ironically, Woodrow Wilson’s proposal of a League of Nations was agreed upon by the European Powers, but rejected by the Republican-controlled Senate.