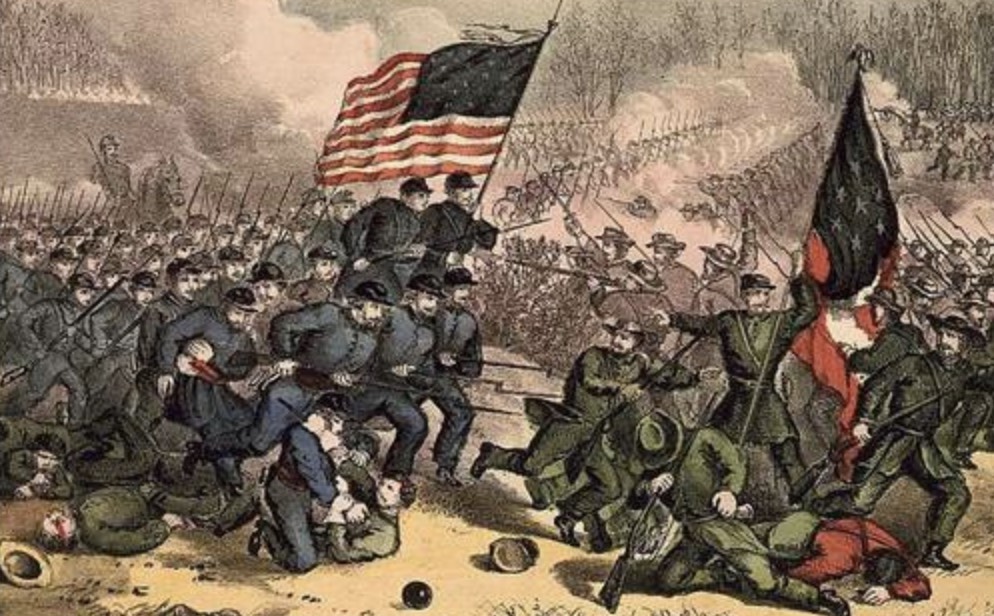 President Abraham Lincoln called for 75,000 volunteers to “suppress the rebellion” and help restore the Union. The War Between the States ensued, usually known as “The Civil War.”

The Battle of First Bull Run ended in Union defeat. It was the first major clash between the opposing amateur armies.