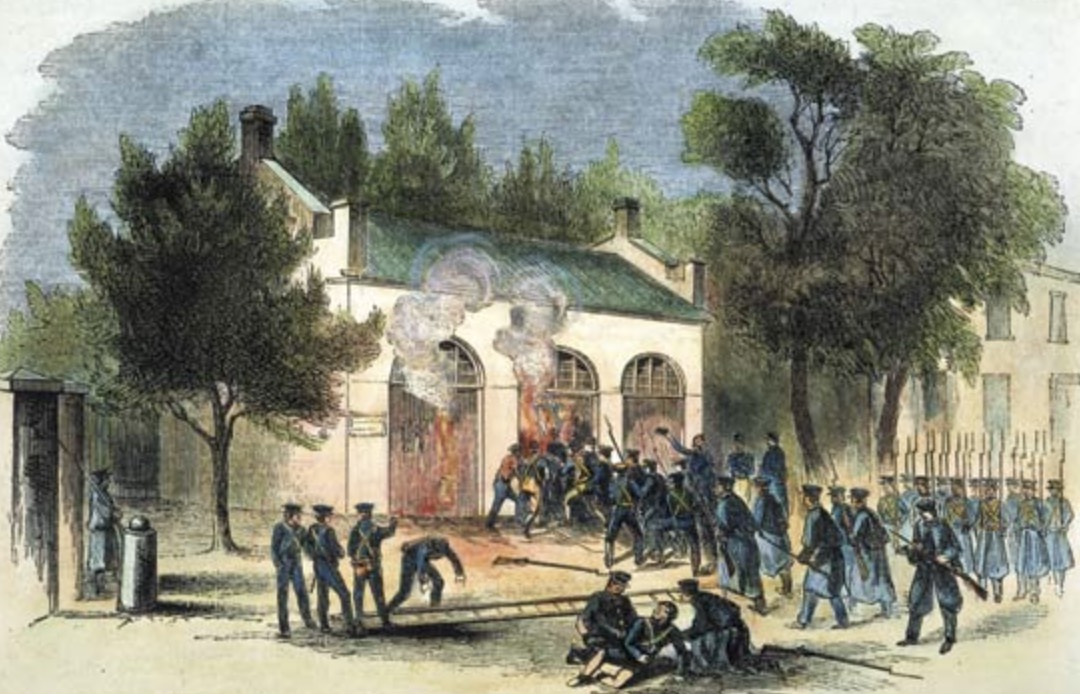 Abolitionist leader and wanted murderer John Brown raided Harpers Ferry, Virginia with his gang in a failed attempt to raise a slave rebellion. After barricading themselves in the fire engine house, the raiders are attacked by a platoon of Marines who kill or capture most of the gang. Brown was charged with treason and hanged by the state of Virginia.