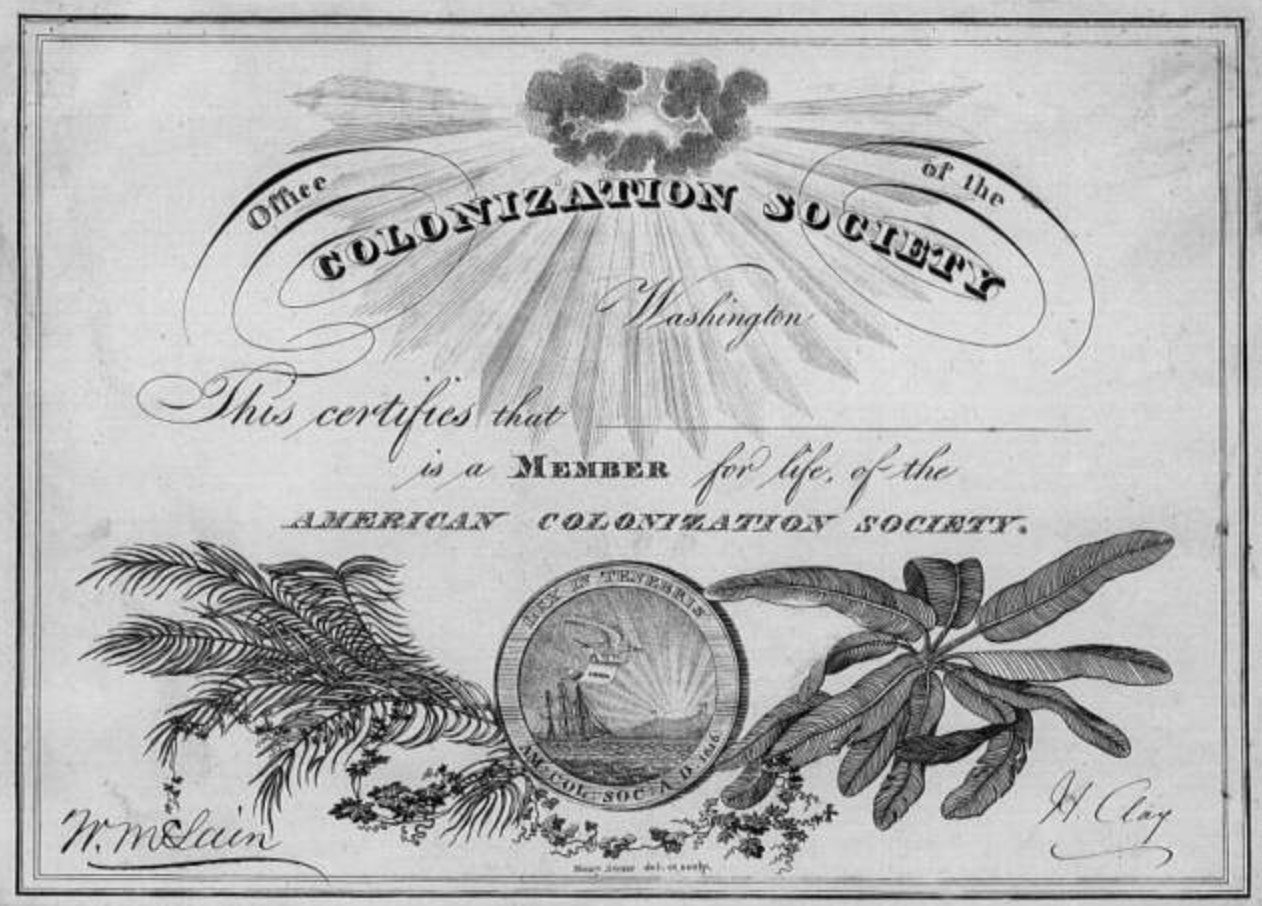 The first group of freed slaves, under the auspices of the American Colonization Society, arrived in Africa. By 1847 they established the nation of Liberia, with Monrovia as the capitol, and English as the national language. Eventually, 13,000 Americans will settle there, the organization having been supported by John Randolph, Henry Clay, Abraham Lincoln and other prominent white men.