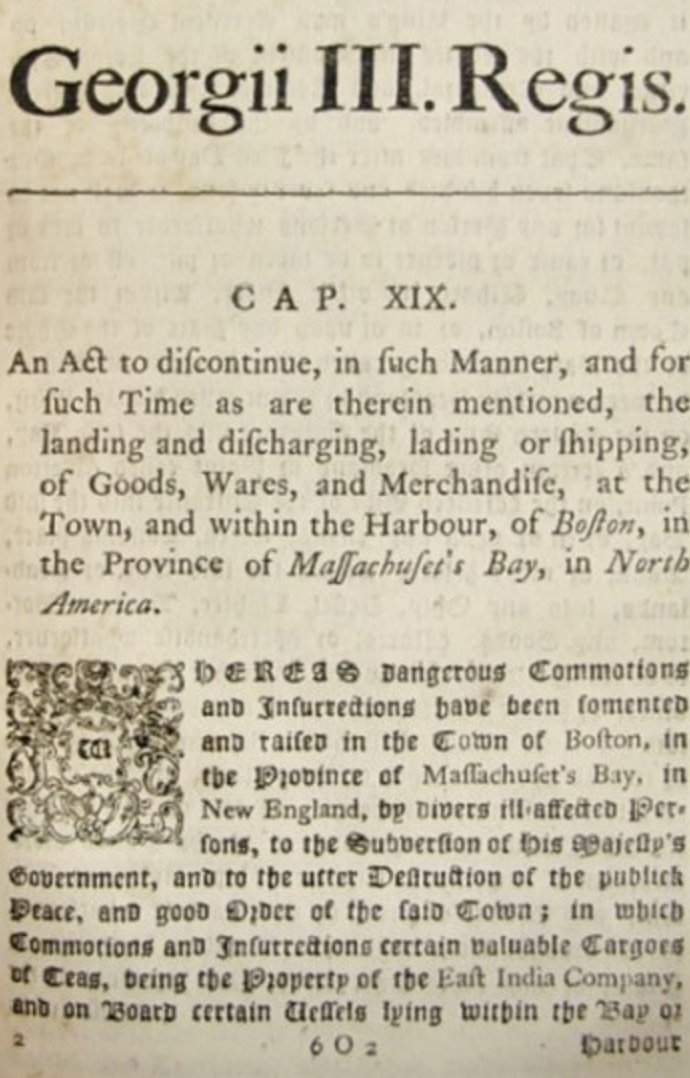 Parliament passed a series of “Coercive Acts” to punish Boston and Massachusetts for the violence against the Tea Merchants. Those “Intolerable” Acts included closing the Port of Boston, shutting down the town governments, and seizing control of the colony, to be governed by the army General. The high-handed response outraged patriots in all the colonies and led to widespread resistance.