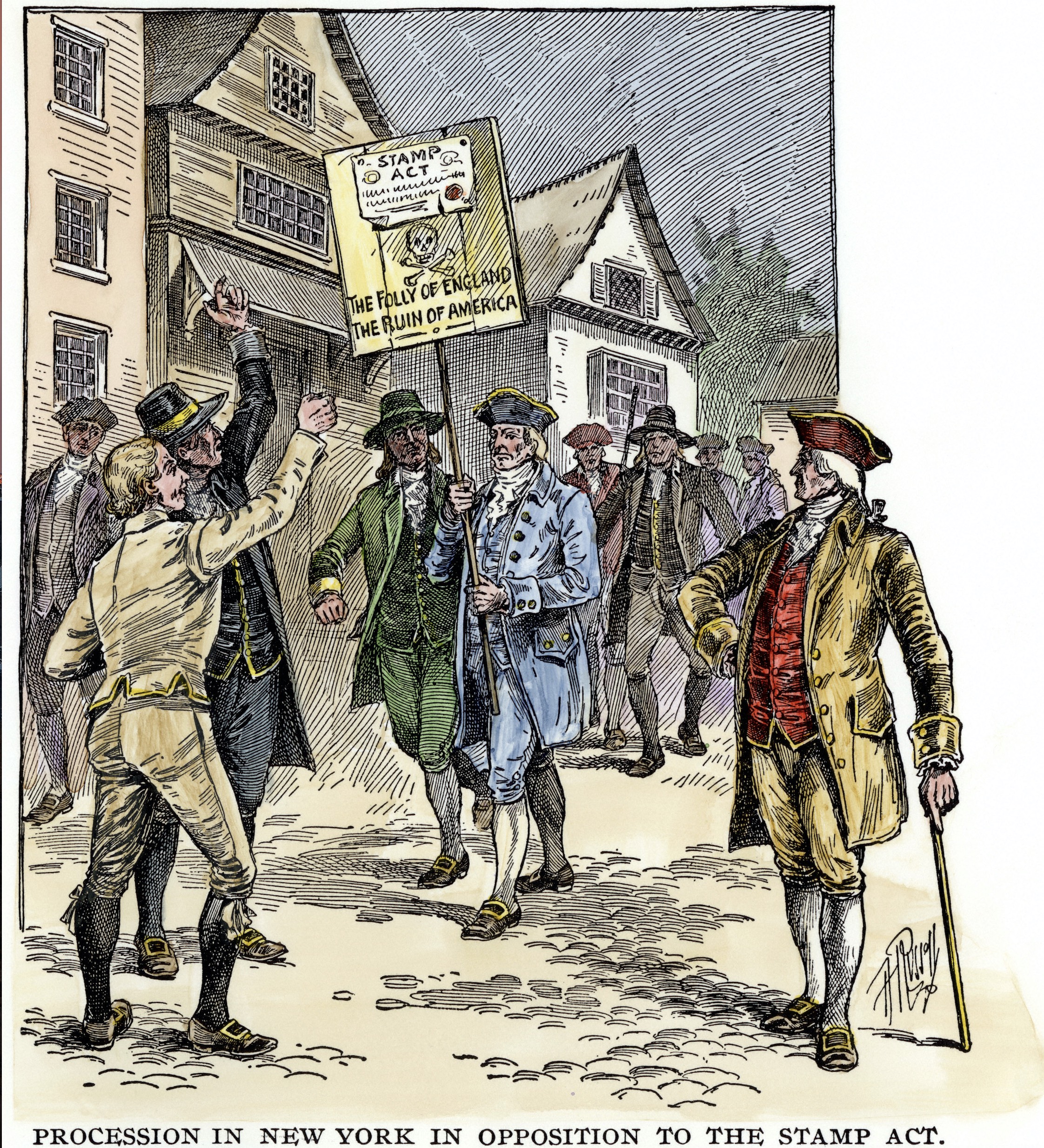 Parliament imposed a stamp tax on the American colonies in an attempt to raise money to help fund the British troops stationed there to protect the colonies. The tax was seen as an unconstitutional measure in violation of colonial charters. Protests arose in every colony, including petitions, boycotts, tar and feathering, burning in effigy and mob action.

On his 29th birthday, Patrick Henry stood in the Virginia House of Burgesses and denounced the Stamp Act, famously saying, “if this be treason, make the most of it!”