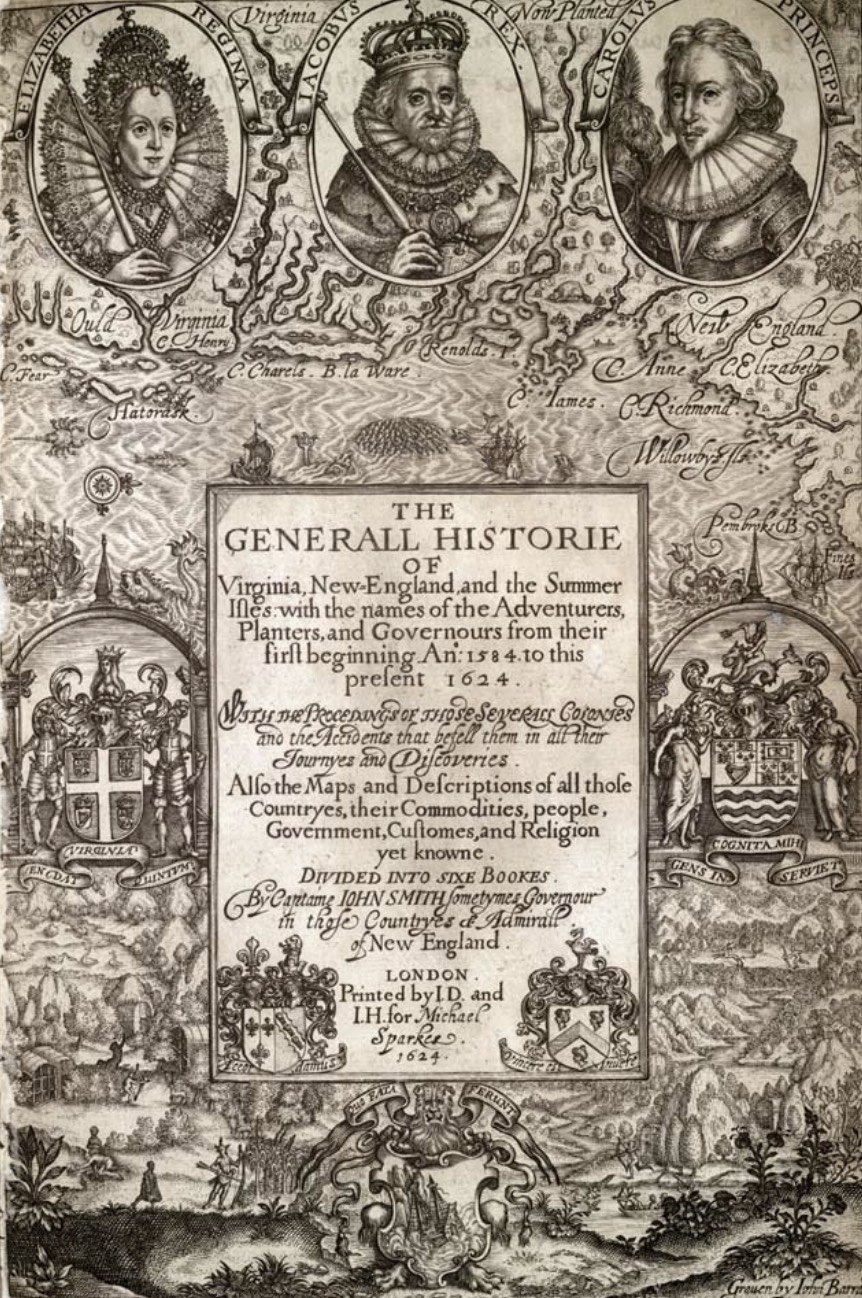 John Smith published A General History of Virginia upon which much of our knowledge of the early settlement of the colony is based.
The King, displeased with the Virginia Company that settled Jamestown, withdrew the charter and made Virginia a Royal Colony. Charles I, James I successor, allows them to continue ruling themselves through their elected General Assembly, but now also with a Royal Governor