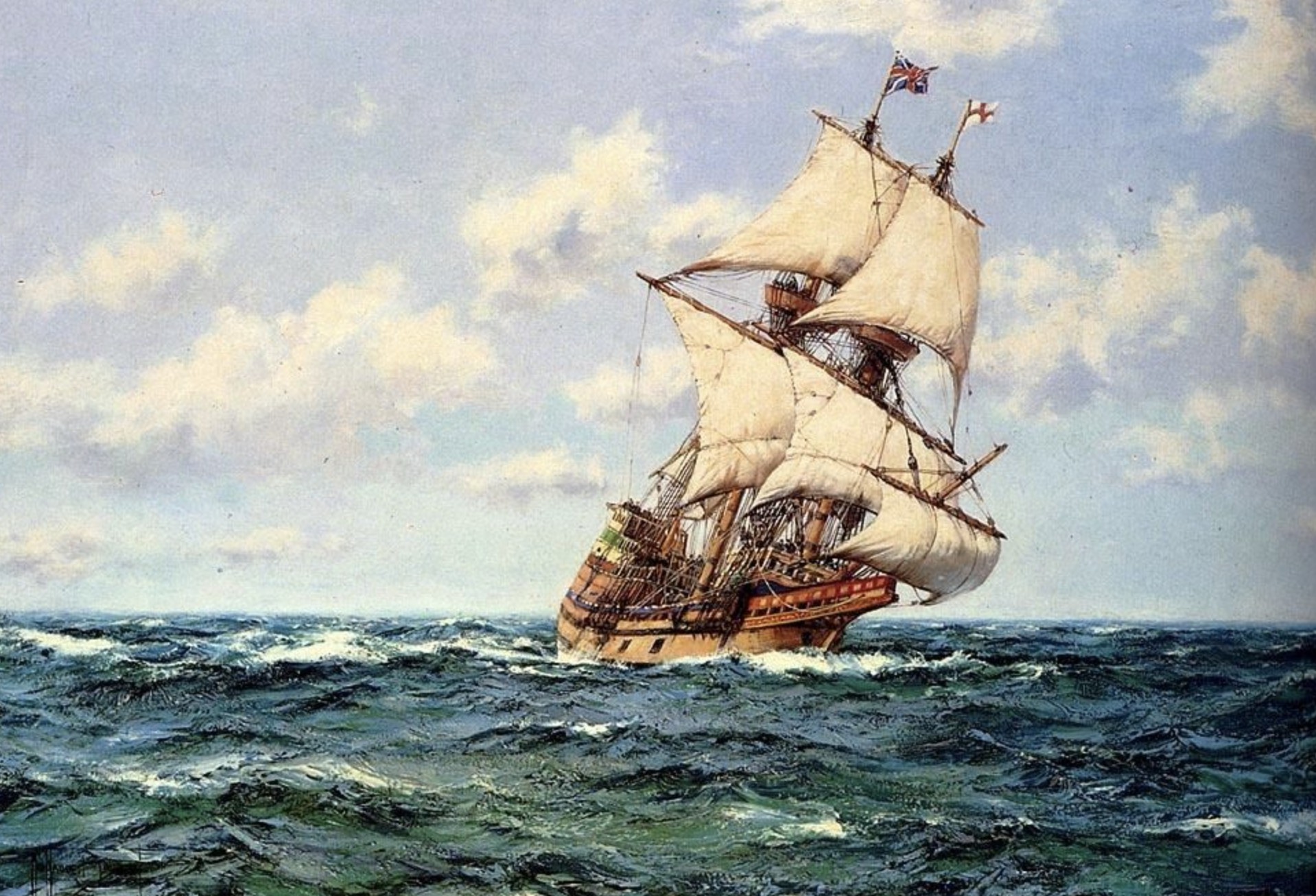 English settlers aboard the Mayflower spotted land, which proved to be Cape Cod, after a harrowing voyage of more than three months on the Atlantic Ocean. They sang the 100th Psalm in thanks to God for enabling them to survive the voyage. They became known as the “Pilgrims” and established the Plymouth Colony on the shore of Massachusetts.