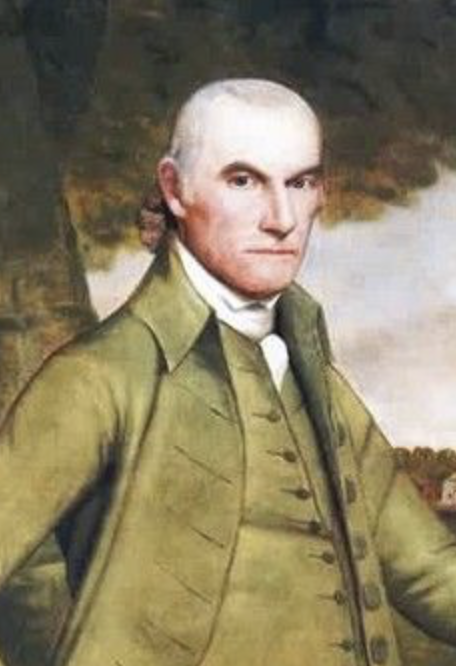 As a Long Island, New York native, of Welsh ancestors, Floyd wanted nothing more than to be left alone to tend his property and family. A conservative by birth and inclination, he was not spoiling for a fight with Great Britain. He spoke out against unconstitutional taxation but kept his own council as New York patriots formed committees of correspondence and Sons of Liberty. As Colonel Floyd of the Long Island Militia, he found that events had overtaken his region and the fight was brought to him by His Majesties forces. He would not be slack in his response.

Though without formal education, his neighbors respected Floyd’s honesty and sincerity. He had taken over the family fortune and property as a teenager, upon the death of his father. He married six years later and in his lifetime sired eight children by two wives, the first dieing in exile from their home in 1781. He was chosen as a delegate to both the First and Second Continental Congresses. While he served in Congress, the British troops overran Long Island. His wife and children barely escaped in a boat across the sound to Connecticut while the soldiers looted his estate, killing and carrying off all his livestock.

Floyd served well but spoke little in the Congressional debates. His lack of education and simple practical bent did not suit him for profound theoretical debates full of classical allusions. He nonetheless faithfully served on several committees and had no apparent hesitation to sign the Declaration. In 1777 he was appointed to the New York Senate where he helped with the drafting of the state Constitution. Two years later he was again sent to Congress where he served to the very end in 1783. When the end of the war was announced on Long Island, the people said it wasn’t over till William Floyd, now a General, came home. The war had ruined him financially but by hard work he reestablished his farm and invested in western lands.

A year after the war he purchased land in western New York and developed it for future use. At the age of sixty nine he deeded his Long Island property to his son and moved westward to live in Oneida County, dieing there at the age of eighty six. In the post-war era he served a term in Congress and in the New York Senate, a venerable relic of the heady days of independence.