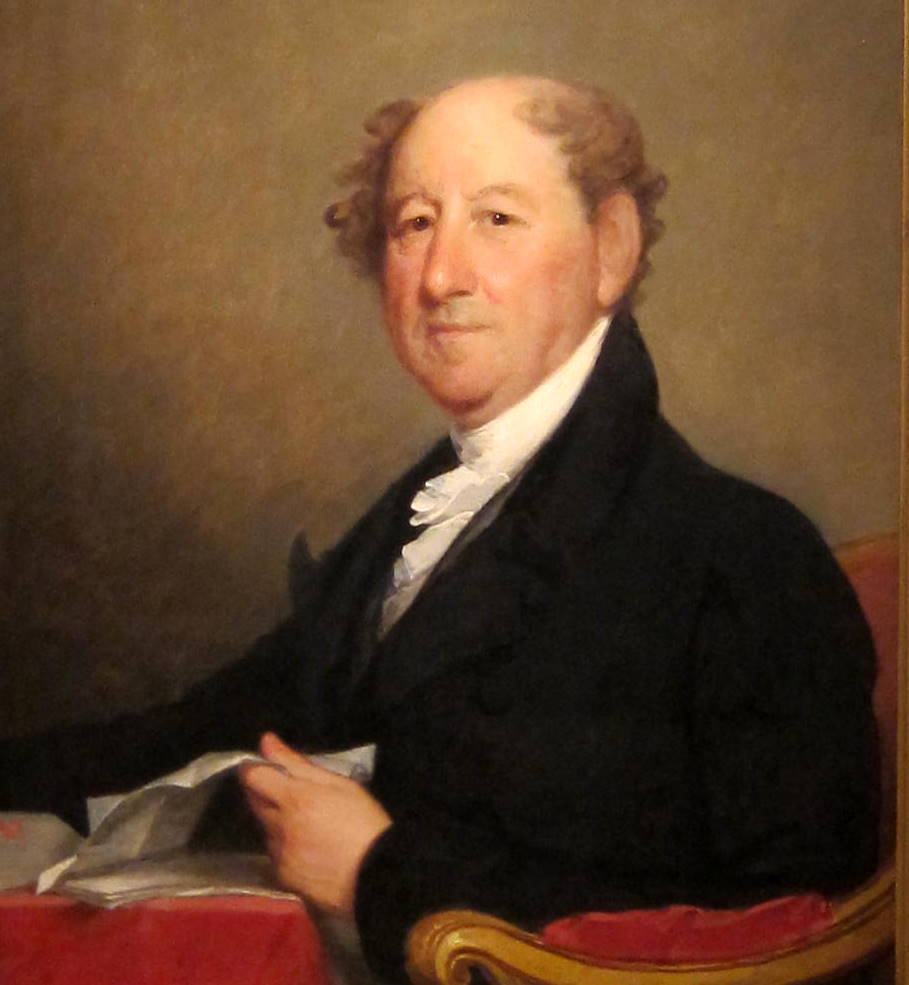 His surname should have been a clue to his party loyalty, and his family’s experience in the troubled times of the pre-Revolutionary War era should have predicted his politics in the upcoming fight. Born to a wealthy Massachusetts merchant and a staunch Tory, young Rufus saw an angry mob descend on his home, break in, and ransack the family possessions, because of his father’s supported of the Stamp Tax and of the King’s and Parliament’s right to levy it. His father died a year later. King attended Harvard, where he became a staunch patriot, graduating in 1777. After reading law a short while, he joined the militia, thus turning his back on the family loyalties. Little could he have known then, the providential events that would define his life, henceforth.

During a break in the fighting in Rhode Island, he got up from breakfast to investigate cannon fire in the distance. The soldier who sat in his place at the table moments later, was struck by an artillery shell which crashed through the wall and smashed his foot, resulting in amputation. As a lawyer after the war, King developed a real gift for making speeches, and used his talent successfully as a Massachusetts legislator. King became one of the best known political orators of his day. Apparently his persuasive powers worked in personal matters as well for he married a beautiful sixteen year old New York heiress, Mary Alsop, and, combined with the inheritance from his Tory father, established a comfortable home, King Manor, today a museum devoted to his memory.

Rufus King represented Massachusetts at the Constitutional Convention, and with his “sweet, high-toned voice,” became the leader of the larger states. His skepticism about just modifying the Articles of Confederation, changed to total support of a new Constitution through the arguments of some of his fellow delegates. He attended every session, spoke out strongly and persuasively, and earned the respect of the older and more famous delegates. He was chosen for the committee that wrote the final text of the Constitution, along with James Madison, Gouverneur Morris, and Alexander Hamilton. King returned home to Massachusetts and led the fight for ratification with his “learned, informed, and persuasive speeches.” It narrowly passed.

King had been one of the most outspoken anti-slavery men at the convention and thus alienated some of his pro-slavery colleagues, which would cost him politically in the coming years. He predicted that future conflicts would be between North and South, making him a particularly prescient Founder. Failing to be elected Senator, King, with the urging of his fellow Federalist comrade Alexander Hamilton, pulled up stakes and moved to New York. The people of the Empire State elected him twice to the Senate.

George Washington asked King to serve as U.S. ambassador to Great Britain, where he served under the first three U.S. Presidents. Upon his return to the United States in 1803, the silver-tongued orator ran twice (unsuccessfully) for vice-president on the Federalist ticket against both Jefferson and Madison. He launched a presidential campaign in 1816 against James Monroe along with one of General Washington’s best colonels from the war, Eager Howard of Maryland, and lost again. Jeffersonian Republicanism would define the era, not Kingian Federalism. He served two more terms in the Senate though, and lived long enough to fight against what became the Missouri Compromise in 1820, which set the boundaries for future slave states.

Rufus King served as ambassador to Great Britain once more, under John Quincy Adams, and died at the age of 72 at King Manor in New York, one of the greatest Founding Fathers of the United States, who, although fighting losing political battles over the last forty years of his life, never wavered from the political principles that the Constitutional Convention had solidified in his conscience in 1787. His legacy has been carried on by a multitude of distinguished descendants from five of his children, which include governors, congressmen, generals, fleet admiral, educators, judges and writers.