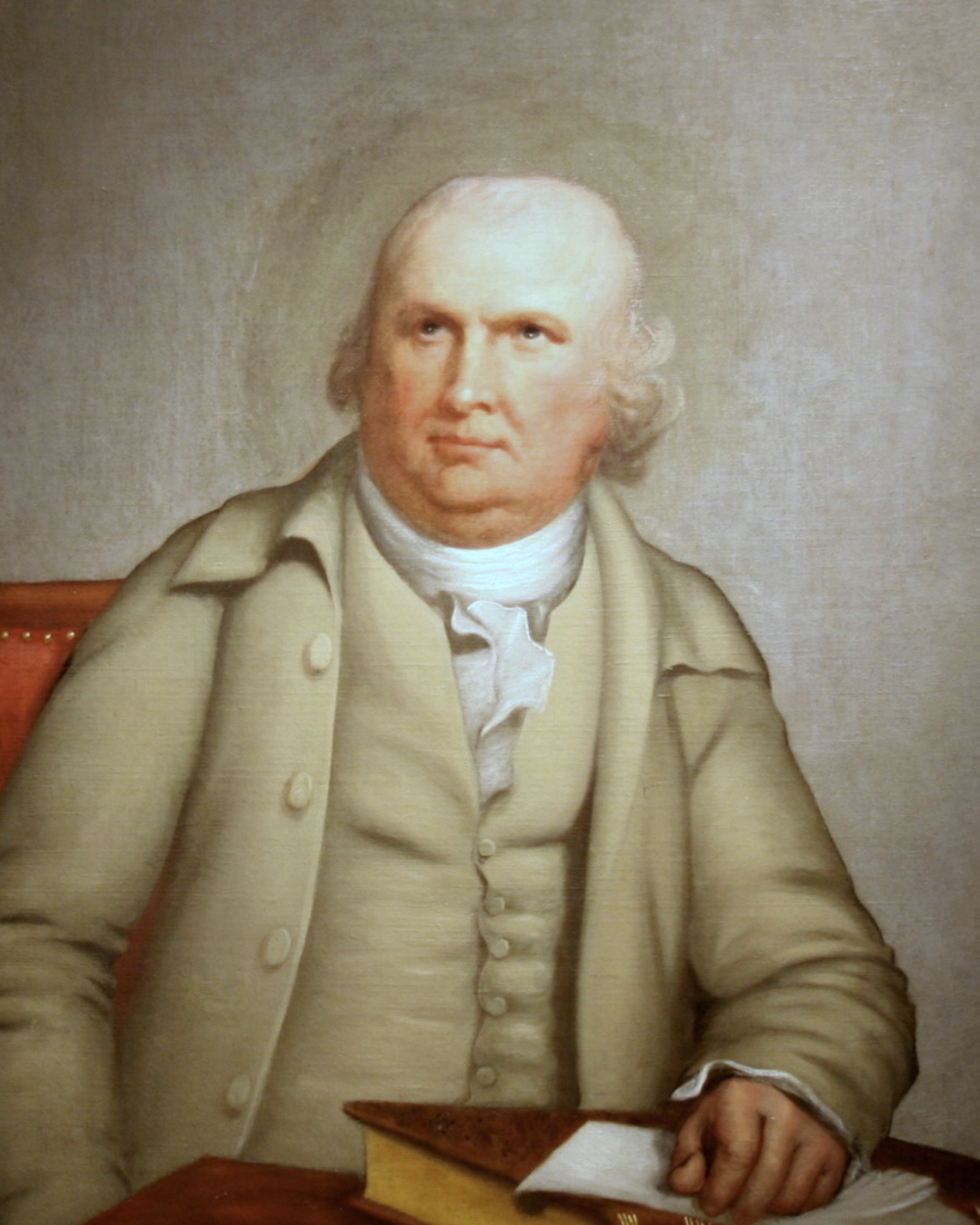 Known as the “Financier of the Revolution,” Robert Morris lived to serve his country by sacrificing his energy, ability, and prosperity for the preservation of American liberty and independence. One of the few signers of all three documents: The Declaration of Independence, Articles of Confederation and the United States Constitution, Morris devoted his experience as a merchant and businessman to manage the finances of the war effort regardless of what it cost him. One historian notes that “ the Americans owed and still owe, as much acknowledgment to the financial operations of Robert Morris, as to the negotiations of Benjamin Franklin, or even the arms of George Washington.”

At the young age of fifteen, Morris quickly outgrew the knowledge and skills of his tutor, but was unable to continue his studies due to the accidental death of his father. Apprenticing himself under the local mercantile businessman, Charles Willing, Morris acquired the invaluable skill of accounting, business, and negotiation. His employment, and later partnership, to the Willing, Morris & Co. was an extended and profitable business through the war and many years after.

With developing encroachments on maritime business and trade, Robert Morris took a stand against the growing invasion of Britain on the rights of the colonists. Unlike the typical merchant Morris signed the Non-Importation Resolutions as a proactive step in opposition to unrepresented restrictions.

After his election to the first Continental Congress, Morris was apprehensive about voting in favor of Independence. “He considered the vote premature. Benjamin Rush later explained Morris’s stand. Morris, he wrote, was opposed to the time (not to the act) of the Declaration of Independence, but he yielded to no man in his exertions to support it, and a year after it took place he publicly acknowledged on the floor of Congress he had been mistaken.” Robert Morris went so far as to apologize for not proposing a Declaration sooner. He penned his name to the legendary document on August 2, 1776.

Both a businessman and a signer of the Declaration of Independence automatically made Robert Morris the confidant of George Washington during the difficult years of the Revolutionary War. While the army was suffering in Valley Forge in the year 1777, Washington turned to Morris for monetary aid. Although Morris sometimes lacked the sufficient coinage to help the army, he used his experiences in the mercantile business to negotiate loans. His services made him indispensable to the survival of the American war effort.

When British troops moved on Philadelphia and Congress fled to Baltimore, Robert Morris remained behind to the last minute to continue duties of Congress. On the Committee of Commerce and Committee of Finance, Robert Morris was called upon during the “most distressing years of the war” in 1779 and 1780, and again in 1781 where he was a principle advisor and initiator in Congress for the decisive Battle of Yorktown. When Washington devised the plan to attack Lord Cornwallis in Virginia, “Morris agreed to support the campaign with his personal credit.” Without his tireless efforts in ensuring the stability of the army, the War for Independence might have languished further or even failed. “It may be truly said, that few men acted a more conspicuous or useful part; and when we recollect, that it was by his exertions and talents, that the United States were so often relieved from their difficulties, at times of great depression and pecuniary distress, an estimate may be formed of the weight of obligations due to him from the people of the present day.”

In 1782 Morris established the Bank of North America purposed to uphold and maintain the new and upcoming government. Because of war expenses, Morris encouraged additional financers to invest in the fledgling Bank, all the time never flinching or withholding his own savings account from the task at hand. “Every sacrifice that could be made, he offered up on the altar of patriotism. He abandoned the ease and enjoyments of domestic life, and devoted his time, his talents, and his fortune, to the public benefit. It may be said of him… he sacrificed himself for the good of the commonwealth.”

Although dying a penniless man, Morris remained a prominent and respected figure in the eyes of his contemporaries. Instead of being the debtor, it was American who was in debt to his services. Morris, in his own words stated, “I make these sacrifices with a disinterested view to the service of my country. I am ready to go still further; and the United States may command everything I have, except my integrity, and the loss of that would effectually disable me from serving them more.”