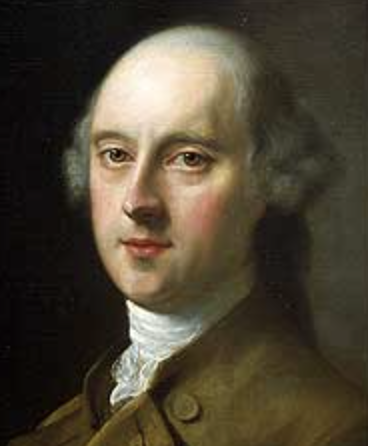 Father-in-law of signer Benjamin Rush, married to the sister of founding patriot and future President of the United States Congress, Elias Boudinot, and close friend of President of the College of New Jersey at Princeton and fellow signer, John Witherspoon, Stockton’s position among the great men of New Jersey seemed secured. He collected art and raised blooded horses, inheriting a sizeable fortune from his father in the decade before the war. His service in a prestigious law firm only enhanced the patrimony he was due. Little did Stockton know that when he signed the Declaration of Independence on behalf of New Jersey, he alone among that august group would be singled out for that act alone and face prison, disease, and economic disaster, and to some, the ruination of his good name.

Richard Stockton spoke with elegance and grace and avoided the “knock down drag out” tactics to which courtroom antics sometimes devolved. Certainly his conservative and wealthy upbringing as the son of a judge made him a lover of law and order. As a stalwart Presbyterian and supporter of his alma mater at Princeton, he travelled to Scotland and helped convince John Witherspoon to come to America and accept the presidency of that institution. His reputation already was such that he was wined and dined and consulted in both Scotland and England by statesmen and lawyers. A special providence protected him when his luggage was misplaced and he missed a boat home, which sank in a storm with the loss of all passengers.

As a delegate he came to Congress with some reservation but when it came to declaring for independence, Stockton heard a speech by John Adams that cast off all doubts about the course he should follow and with his four fellow delegates from New Jersey signed the document for separation. He served well, spending his own money to help alleviate want in the American army and travelling to help inspect troops on behalf of Congress.

In the middle of the night a band of Tories ambushed his home and seized Stockton. He was turned over to the British and accused of treason for signing the Declaration of Independence. Incarcerated in New York City, his health declined to almost the point of death. Congress asked General Washington to intervene with the British to effect Stockton’s release. In recent times there has been a general consensus by historians that Stockton actually signed a loyalty oath to win his release, along with 4,800 other American prisoners. His health was so shattered that he could not resume his duties and his estate of Morven had been rifled by the British and his magnificent library destroyed.

Richard Stockton continued to support General Washington and the cause of independence with his pen, but he developed cancer and died in 1781 within months of the Battle of Yorktown. Washington praised him and New Jersey honored their native son in several ways. His reputation as a faithful patriot suffered little recrimination and his reputation remains unsullied as the only signer to be singled out for arrest, and the loss of life, fortune and honor were the prices he paid.