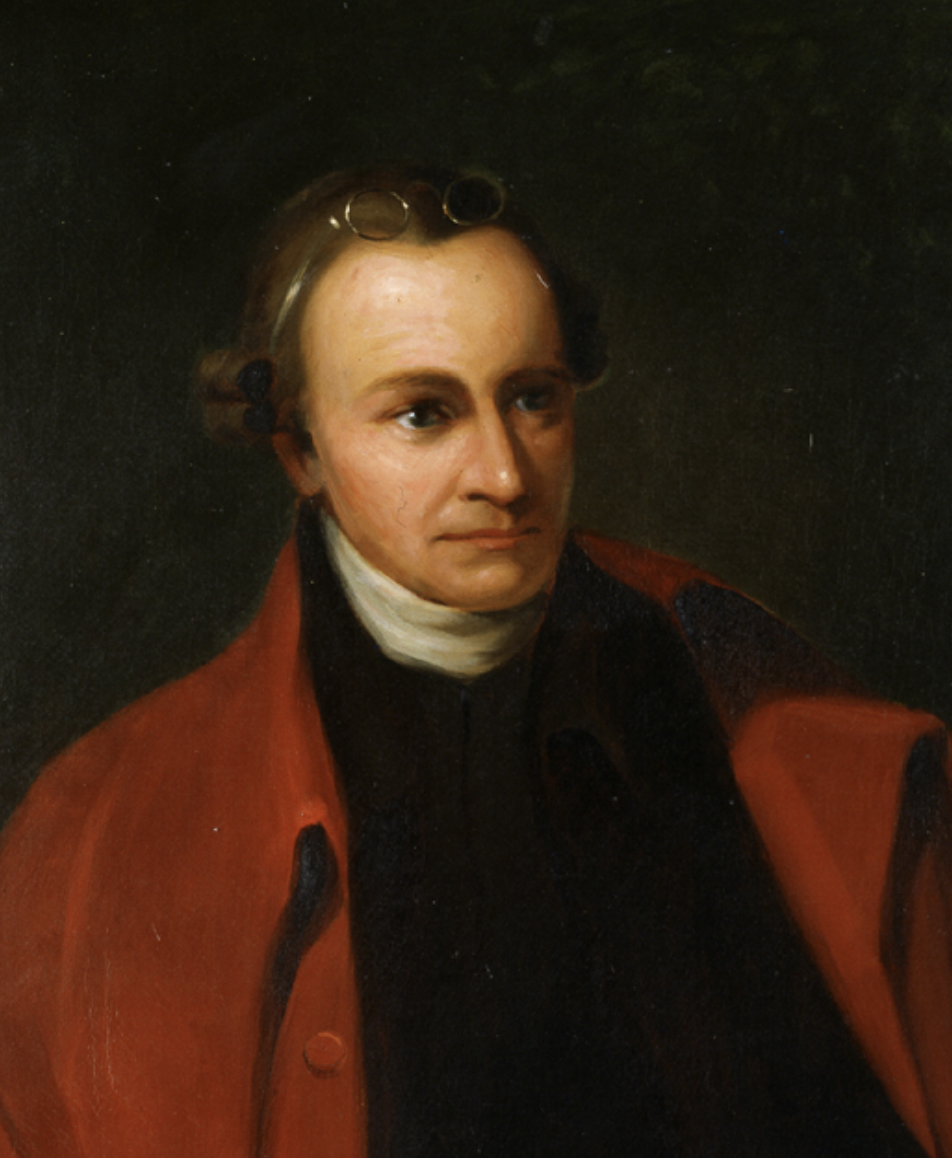 Son of Scottish immigrants to Virginia and named after his clergyman-uncle, Patrick Henry with his ringing voice and unvarnished rhetoric led his countrymen into rebellion against the tyranny of King George; he was christened “The Trumpet of the Revolution.”
As a youngster he had sat at the feet of the great preacher Samuel Davies during the “Great Awakening,” much to the displeasure of his father but with the insistence of his mother. Patrick married his seventeen year old neighbor and began his working life as a rather unsuccessful farmer and tavern-keeper near the county courthouse.

The sandy-haired fiddle player enjoyed hearing the give and take of court days and the repartee of legal debate. He decided to make his way to the capitol in Williamsburg and apply for a law license. Perhaps noticing his uncommon good sense and force of personality appropriate to frontier legal wrangles, the Virginia barristers awarded him his license though his knowledge of the actual law appeared to be rather sparse. From there he made his way in back-country county courts with his powerful voice, wit, and sang froid. An action known as “The Parson’s Case” secured his reputation and from the successes that followed, his election to the Virginia House of Burgesses.

Even as a freshman House member he challenged the Tidewater Grandees who ruled the colony as their private fiefdom and he became the outspoken leader of all the piedmont frontier representatives. His law practice continued to thrive as he defended the frontier yeomen and the religiously persecuted dissenters from the established church. The royal governor and his supporters did not always appreciate Henry’s loud talk of liberty and ancient rights and especially his sympathy with the rhetoric and rebellion of the “Massachusetts malcontents.”

At the Second Virginia Convention, held secretly at St. John’s Church in Richmond because the governor had dismissed the assembly for their resolves of support for fellow colonists in New England, Patrick Henry delivered one of the most famous and fateful speeches in American history. After arguing for the formation of militias for defense against royal troops he concluded by saying “give me liberty or give me death!” That ringing endorsement of rebellion against tyranny vaulted Virginia and Patrick Henry to the first ranks of common cause with all thirteen colonies. He subsequently attended the Continental Congress with his fellow Virginia patriots like Thomas Jefferson and new-found soul mates like John Adams. Needless to say, when the war came, Virginia turned to Patrick Henry to lead them as war governor. He created a state navy, marshaled the armies, and preached perseverance and patriotism.

When the states assembled to reform the Articles of Confederation, America’s first Constitution, he stayed away, allegedly saying “I smell a rat.” Sure enough, Henry found himself opposed to what he foresaw as an imperial presidency and his beloved state losing its hard-fought independence. In the end, he was instrumental in getting the Bill of Rights passed and retired to his little farm with and near his seventeen children, the real father of his country!