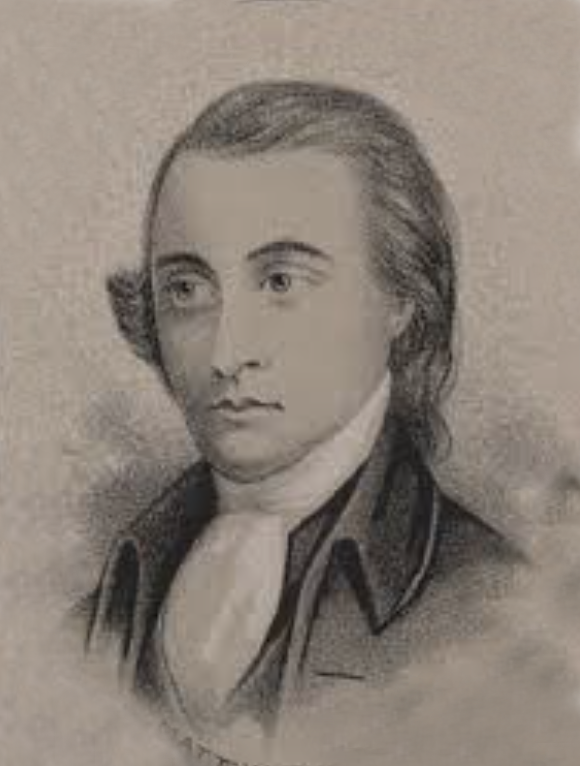 A descendant of persecuted Scottish Presbyterians, Thornton’s family came to America by way of Ireland, but found little compatibility among the Puritans of New England. Finally settling in Londonderry, New Hampshire, Matthew, following an ongoing Scot-dominated profession, set up his medical practice with signal success. Also following what had become a pronounced Scotch-Irish pursuit in America, he criticized the English Parliament and royal tyranny. A bachelor until the age of 46, he finally married eighteen year old Hannah Jack and fathered five children.

Dr. Thornton joined the British expedition against the strategic French town of Louisburg in the attack on Canada in 1745 (“King George’s War”). Serving as the physician for five hundred New Hampshire soldiers, he lost only five to disease, a remarkably small percentage for an expedition of that size. Upon his return home he continued to build his practice and was commissioned as a colonel of militia and justice of the peace by the royal governor. He served in the New Hampshire legislature from 1758. When the Stamp Act went into effect, the doctor took a leading role in opposition and was appointed chairman of the local Committee of Safety. In 1774 the royal governor abandoned the colony after the local rebels raided the gunpowder and rifle stash at the fort in Portsmouth.

New Hampshire was the first state to declare its independence from Great Britain and Dr. Thornton was chosen to be the first president. Few men garnered the respect and confidence from the citizens of his state than he. Known for his wisdom, unstinting work for independence, love of liberty, kind hospitality, and wit and humor, Dr. Thornton was a natural choice to represent New Hampshire in the dangerous and life changing pursuit of independence. He was the chief author of the State Constitution, the first of the independent colonies, which stood until 1783. Because he did not take his seat at the Congress until November of 1776, he was one of the last of the 56 to sign the Declaration of Independence. Someone observed that, unlike several of his prominent colleagues, he had the utmost confidence of George Washington and was an “unshakeable disciple” of the General.

Dr. Thornton has sometimes been likened to Benjamin Franklin, in that he was a superb story-teller and that his lessons were always insightful and wise though at times uproariously humorous. John Adams wrote of him “We have from New Hampshire a Colonel Thornton, a physician by profession, a man of humor. He has a large budget of droll stories with which he entertains company perpetually.” Given the times, his presence and approach were likely appreciated, especially in the dark and perilous times of the war. He served in several state offices in court and legislature after the war and wrote many political pamphlets and articles, right up until his death at the age of 89 in 1803.

Although Thornton did not identify with a particular church, he was a firm believer in an “overruling Providence,” and his character, according to one historian, “as a Christian, a father, a husband, and a friend, was bright and unblemished.” In his eighties he wrote a book with the obviously non-humorous title of Paradise Lost, or the Origin of the Evil Called Sin. His grave marker simply states: An Honest Man.