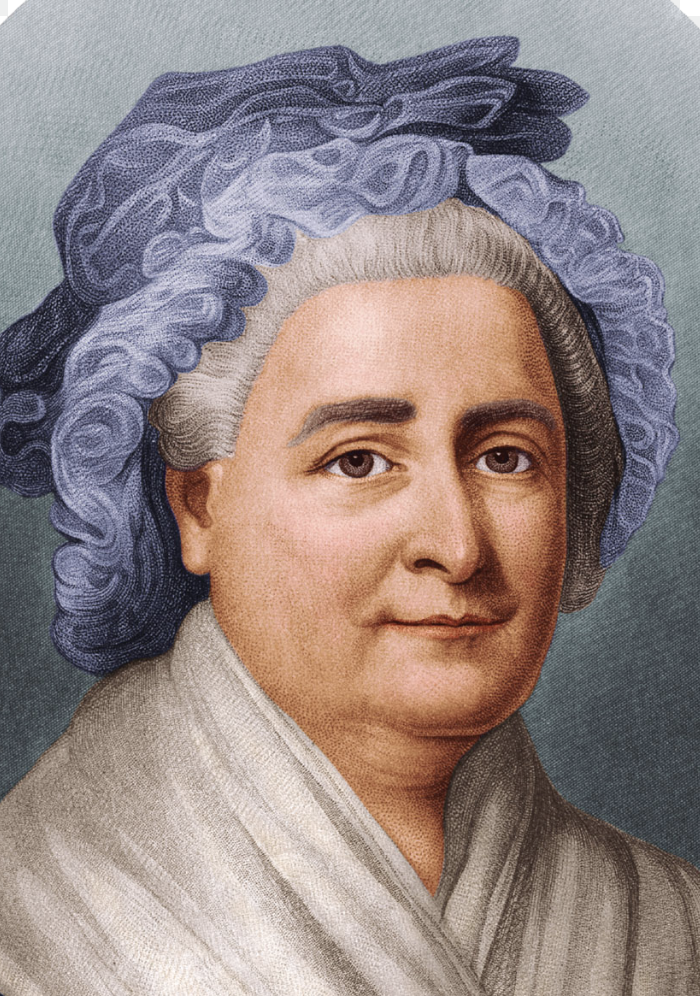 Martha was born on June 2, 1731 in Virginia. At the age of 18, she married Daniel Parke Custis, a wealthy plantation owner twenty years her senior. They lived at White House Plantation (coincidentally the same name as the future presidential dwelling). Although they had four children together, only two survived to young adulthood: John Parke Custis and Martha Parke Custis. According to the Mount Vernon Ladie’s Association, the children’s great-grandfather had imposed a strict condition on inheritance: only children bearing the name “Parke” as part of their given name would receive a portion of the family estate.

By age 26, Martha was a young widow. Along with raising her children, she managed 17,500 acres of land and 300 slaves. As a shrewd businesswoman, she bargained with merchants over tobacco prices and managed her late husband’s estate. After her first husband’s death, she was courted by another wealthy planter named Charles Carter and a colonel named George Washington. Obviously, she chose the latter. They were married on January 6, 1759.

During the War of Independence, Martha often visited the encampments and encouraged the morale of the soldiers. She spent the winter of 1775 in Cambridge, Massachusetts, and in the spring of 1776, she followed her devoted husband to New York. In the spring of 1777, she arrived at his headquarters in Morristown, New Jersey, but she returned to Mount Vernon for the summer. The next winter she joined the beleaguered commander at the bitterly cold and miserable Valley Forge encampment, and later she suffered along side him during war campaigns in New Jersey, New York, Pennsylvania, and Maryland.