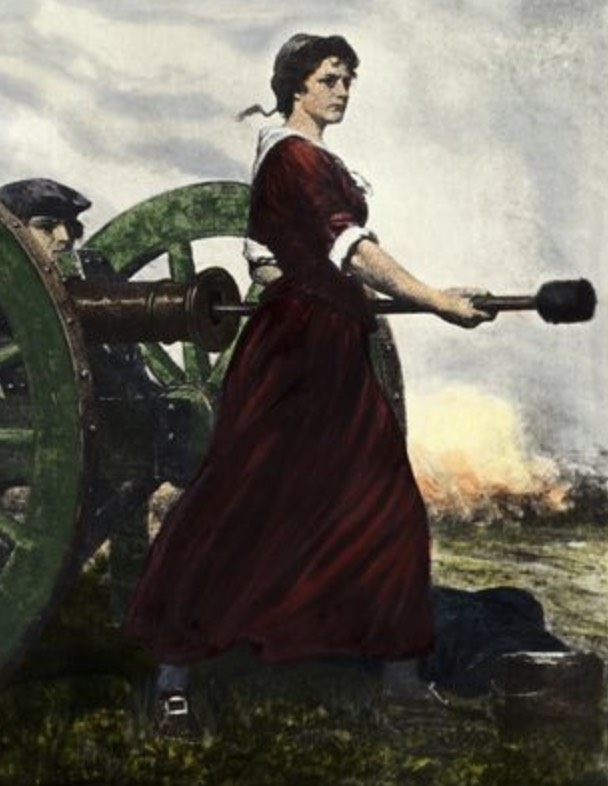 An American heroine during the Revolutionary War, Margaret Cochran Corbin was born on November 12, 1751 in Pennsylvania. When she was five years old, her father was murdered and her mother was kidnapped by Native Americans, so the young girl and her brother were raised by an uncle. In 1772, she married a farmer named John Corbin. When the Revolutionary War broke out, her husband enlisted with the Pennsylvania Artillery and Margaret faithfully accompanied her husband by serving him in washing and cooking. For her services, she gained the nickname, ?Molly Pitcher.?

In November 1776, his artillery was called to New York to help defend Fort Washington in Manhattan. The 600 Patriots were greatly outnumbered by the 4,000 Hessian soldiers. Nevertheless, they persisted and fought with ferocity as the Battle of Fort Washington waged on November 16, 1776.

During the ensuring battle, her husband was killed instantly on the battlefield while packing a canon. At once, Margaret took his place and continued to pack and fire the massive canon until she was too injured and unable to fight. She later became the first woman in U.S. history to receive a pension from Congress for military service because she could no longer work due to injury and was enlisted into the Corps of Invalids.

The 24-year-old young widow bravely fought alongside her fellow countrymen. The battle, however, was lost. Margaret and the remaining men were captured by the British. Eventually she was released.

As a retired solider, she was the first woman to receive a pension for military service. She died at the young age of 48 on January 16, 1800.