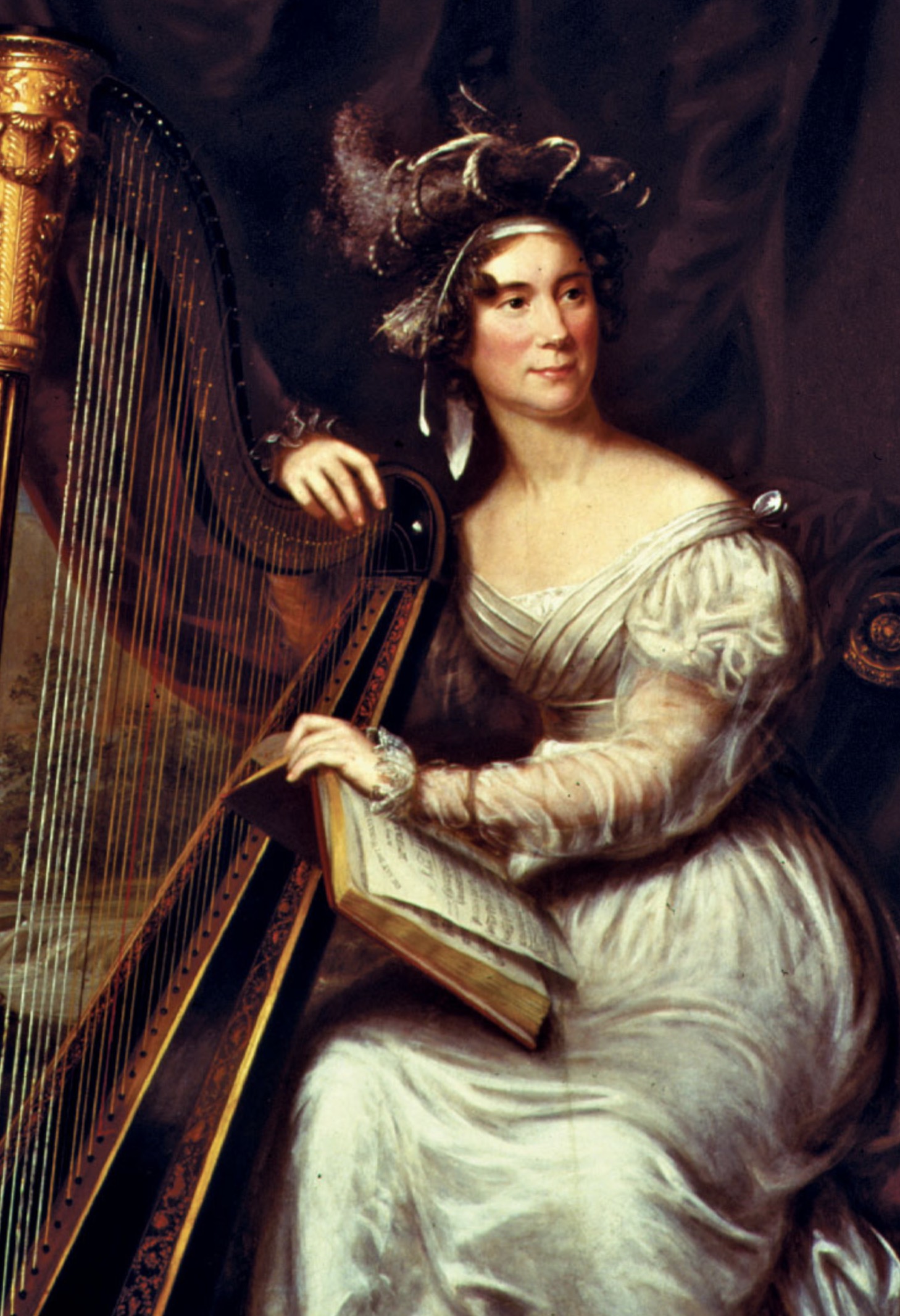 The only First Lady to be born outside of the United States until present First Lady Melania Trump, Louisa Catherine Johnson Adams was born on February 12, 1775 in London, England.

Although her father, Joshua Johnson, was an American, he married Catherine Nuth of London and escaped to Nantes, France during the American Revolution. After the war, the young family, with seven daughters and one son settled in London. As an colonial-born representative, Joshua Johnson was appointed consul general to London where he served as an ambassador in 1790. Five years later John Quincy Adams paid a visit to him, where he met his future wife, twenty-two-year-old Louisa Johnson. They married on July 26, 1797 and moved to the United States to begin their married life. Her new father-in-law, President John Adams objected at first to his foreign-born daughter-in-law, especially since he had just fought a war with her native land, but upon meeting her, he laid aside his prejudice and welcomed her into the family. In fact, when her father declared bankruptcy, President John Adams appointed him U.S Director of Stamps to provide a stable living for the Johnson family in the new nation.

Louisa suffered countless, debilitating migraines throughout her life, which greatly impacted her marriage and life. Heath conditions were not alleviated when her husband was promoted to Minister to Russia. The harsh Russian winters and strange customs often isolated and depressed Louisa. When John Quincy was suddenly called to make peace negotiations in Ghent and London, Louisa was left alone with her seven-year-old son to make the arduous forty-day journey across a war-ravaged Europe in the middle of winter alone. Road conditions and the real threat of unruly soldiers and wild beasts threatened the young woman’s safety and yet, she persisted, determined to stay strong for her son.

For the next few years, the Adams’ flourished in London before John was called to serve as James Monroe’s Secretary of State in 1817. In Washington D.C, Louisa was a greatly admired hostess and socialite. She battled severe depression, however, which often left her secluded and withdrawn, especially with her husband occupied in the political campaign for president.

Later upon reflection, John Quincy said of his wife, “Our union has not been without its trials? many differences of sentiment, of tastes, and of opinions in regard to domestic economy, and to the education of children between us. she always has been a faithful and affectionate wife, and a careful, tender, indulgent, and watchful mother to our children.” Although perhaps not the best pair suited for public life, Louisa did her best to be a faithful mother, wife, and public figure. When she died suddenly of a heart attack at age 77, the entire United States Congress adjourned to attend her funeral, the first time both the House of Representatives and the Senate had done so for a woman. Such was the aura of her wonderful being.