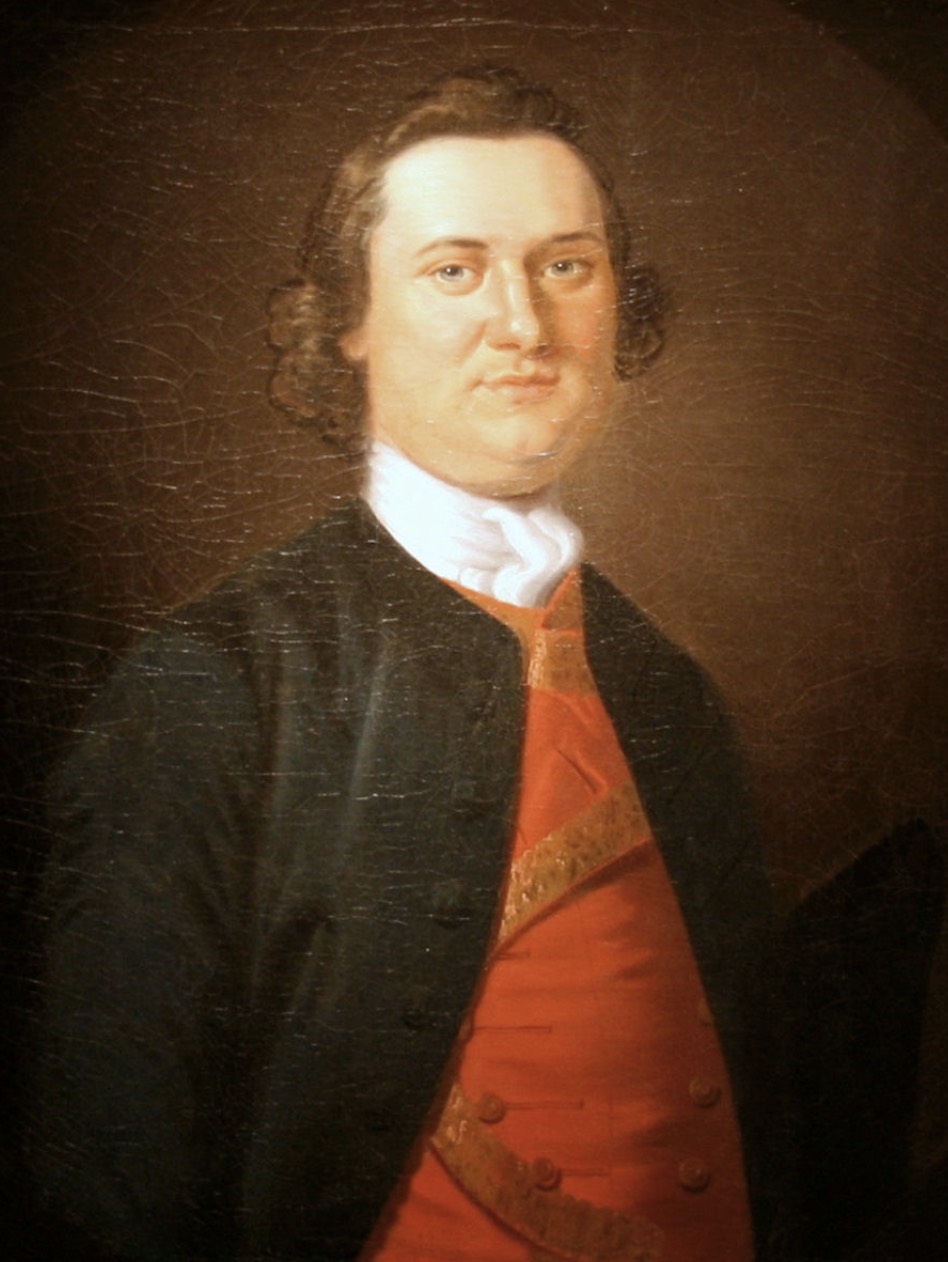 Of all the signers of the Declaration of Independence, Lewis Morris had as many or more ties with Royal authority than anyone. His grandfather was the royal governor of New Jersey, and other relatives served as Chief Justice of New York, Lt. Governor of Pennsylvania etc. Like the other signers from New York, his economic position placed him among the wealthiest men of the city, he owned slaves, and would have been expected to assume a moderate position on relations with Great Britain. But Morris was a patriot from the get-go.

Born in the family estate of “Morisania,” the oldest of three boys, Lewis was home-educated by his father till he attended Yale at the age of sixteen, “where he was taught the learned languages and mathematics, and his youthful mind was infused with the lessons of morality and religion.” He returned home to manage the estate and to marry Mary Walton, also of a wealthy, aristocratic-like family. They had ten children. Affronted by the Stamp Act, Morris opposed the encroachment though it affected him not at all. In 1764 Morris was elected to the New York Assembly, which the governor dissolved after they protested the Quartering Act.

New Yorkers did not elect Morris to the First Continental Congress for “he was considered too decided and zealous an asserter of the rights of the colonies, and too bold a declaimer against the arbitrary acts of the ministry.” After the fights at Lexington and Concord, New Yorkers changed their mind and elected a bolder set of representatives to the Second Congress, including Lewis Morris.

The New York delegate purchased arms and ammunition for the American army out of his own pocket and served on a number of committees. He was sent to persuade Indians to join forces with the colonists. British warships showed up outside of New York City to intimidate the citizens, many of whom were loyalists of the deepest dye already. “The fact that his estate lay in imminent danger did not affect the decisions made by Lewis Morris.” While the ships lay in cannon shot of his home, Morris signed the Declaration of Independence “with a few strokes of the pen and a bold calligraphic flourish.” The British troops looted his estate and cut down a thousand acres of his woodlands. His family in exile, the enemy held his estates until the end of the war in 1783. His two oldest sons fought in the patriot army, his oldest obtaining the rank of colonel through hard fighting and courageous sacrifice. His other two sons served as gallant officers throughout the entire conflict.

Lewis Morris himself served in the Militia and rose to the rank of Major General in the American army with his “high character, undaunted spirit and untiring zeal.” He lived till 1798, dieing at the age of seventy two, having set a magnificent example for the generations to come. He was buried at Morisania, now a little regarded ghetto in the Bronx.