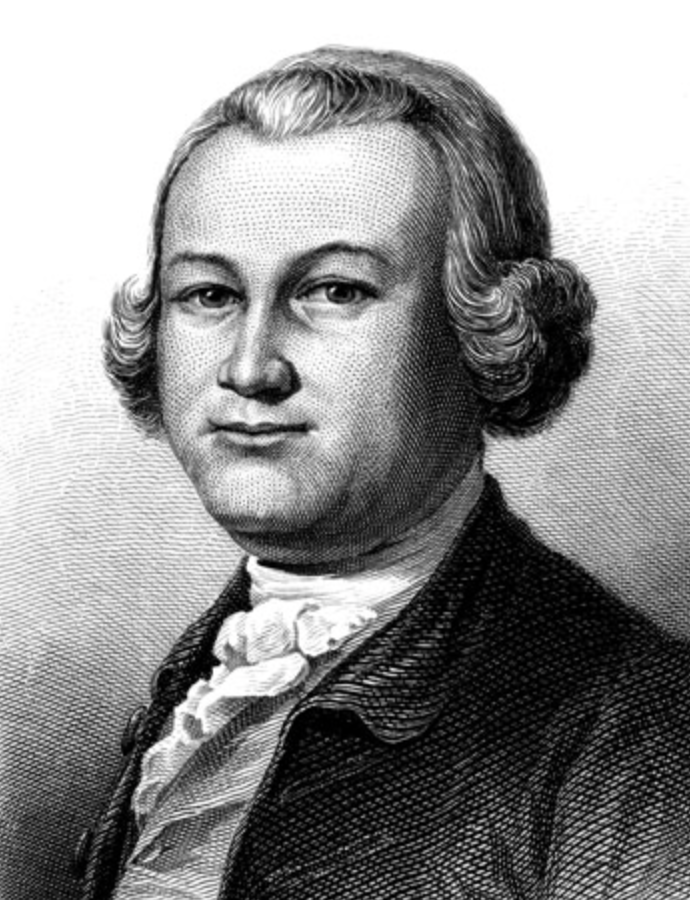 If there is a lost founding father, he is James Otis. John Adams said of him that his arguments against unjust laws were “a flame of fire. . .a profusion of legal authorities” and that he “never knew a man whose love of country was more ardent or sincere, never one who suffered so much, never one whose service for any ten years of his life were so important and essential.” Yet his name does not appear on the Declaration of Independence or the Constitution. He did not fight in the War for Independence, though his brothers, cousins and brother-in-law did. James Otis, nonetheless, was instrumental in bringing about the birth of a new nation.


Mr. Otis was the second of thirteen children to a militia colonel in Barnstable, Massachusetts. He married a Tory Scottish heiress, “Ruthy” Cunningham and had three children, one of whom married a British officer and moved to England and another who became the wife of young Benjamin Lincoln, the son of the American general of the same name. His son died at eighteen.

James Otis came to the attention of the Massachusetts patriots in 1761 when he argued in court against the British issuance of “writs of assistance.” The French and Indian War (1756-1763) cost Britain enormous sums of money but doubled the size of its North American empire. In order to finance the conflict, refill the coffers, and pay for redcoat garrisons in the colonies, the Parliament cracked down on violators of the mercantile laws that Americans were so adept at avoiding. In order to help catch smugglers and tax evaders, they issued writs of assistance, general search warrants, that allowed home invasion by government officials without giving a reason, with no notice, and not even stated probable cause. The fiery Otis, though a government official himself, recognized the laws as violations of the almost sacred Magna Carta, British Common Law, and the laws of the colony itself and agreed to represent local merchants. Although he could not stop Parliament’s enforcement, Otis’s arguments eventually resulted in the Fourth Amendment to the Constitution requiring proper search warrants, some twenty eight years after his forthright stand in the courts.

Otis published four tracts protesting British tax measures and he led the Stamp Act Congress, America’s first inter-colonial congress. Otis showed signs of mental illness periodically throughout his life and on one occasion he was attacked by a tax collector who brained him with a cudgel, a blow from which he never fully recovered. In his latter years he lived with his widowed sister Mercy Otis Warren, who penned a highly regarded history of the times, and lost her husband, General Joseph Warren, killed at Bunker Hill. Because of his health issues, Otis did not join the front ranks of the better known founders, but his zeal for the cause and powerful arguments against British tyranny inspired his contemporaries to freedom and independence.

Otis mentioned once to his sister that he wanted God to take him away in a swift and dramatic fashion. He was struck by lighting at the age of 58, never living to enjoy the fruits of his labors in an independent and free country. He is buried in the Old Granary Cemetery near Boston Commons awaiting Judgment Day alongside his friends Samuel Adams, John Hancock, and Robert Treat Paine, signers of the Declaration of Independence.