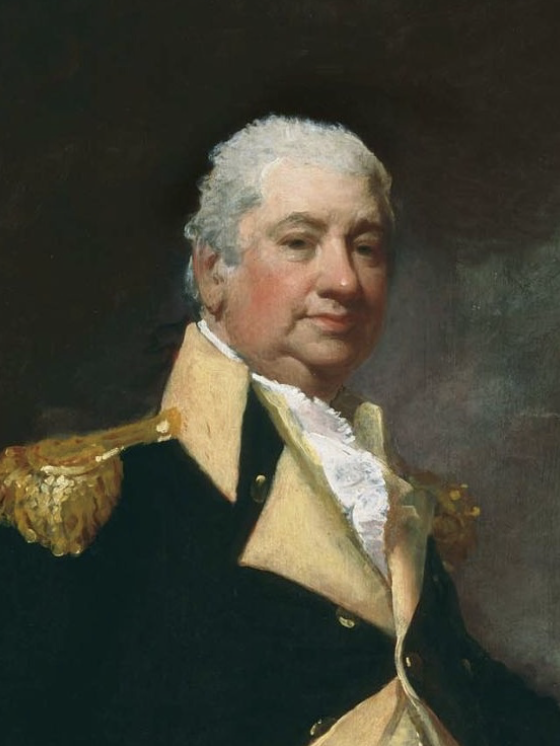 When the American War for Independence began there were few men in the thirteen colonies that possessed any experience commanding large numbers of men in combat. The colonial wars had been fought primarily by small bands of militia and settlers on the frontiers of New England, New York and the Appalachian Mountains. The French and Indian War (1756-1763) provided limited opportunity for command by Americans since the main armies were red-coated professionals from England and were led by English or Scottish Generals, often contemptuous of the colonials. George Washington had the most experience in higher rank but had not held independent command, except at the Battle of Fort Necessity, where he lost his entire army to a small band of French and Indians. In 1775, Congress gave the supreme command of the American militia army to George Washington. Trial and error would characterize his search for qualified men who would and could obey his orders and lead the country to victory. Providence brought a brilliant and scrappy Scotch-Irish Boston bookseller named Henry Knox to Washington’s doorstep.

As the oldest son of a merchant, Henry had to leave Boston Latin School at age 12 to support the family after his father died. His work as a bookstore clerk gave him the opportunity to become an autodidact—a self-educated man. After establishing his own business, London Books, Henry spent many hours in conversation with British soldiers and with studying the military journals and books of his day. He was a very patriotic young man when he married a girl from a Tory family, a politically contentious action which divided him from the in-laws to his dying day.

Henry was a physically imposing man who constantly scrapped with this playmates and neighbors in his youth. Always one to take direct action when convictions were on the line, Knox joined the Boston area Sons of Liberty. When the militia engaged the Redcoats along the road from Concord, Knox slipped out of town with his wife to join in the attack. He soon found employment with his self-taught engineering skills, building the siege fortifications around Boston. When General Washington arrived and reviewed his work, a rapport developed quickly between the General and the bookseller.

While Congressmen wrangled over military patronage, Knox made the three hundred mile trek to Fort Ticonderoga, recently captured by Ethan Allen “in the name of the Great Jehovah and the Continental Congress.” He assembled a wagon train pulled by oxen to haul sixty tons of captured artillery to Boston, the successful result of which brought about the retreat of the British from that strategic city, never to return.

Henry Knox fought in every campaign of George Washington’s army. He rose in rank from Major to Colonel, to Brigadier to Major General. He mastered the art of fortification and the transportation and use of artillery on campaign and in battle. He met fellow gunner Alexander Hamilton with whom he became fast friends for life. Knox was almost captured in the battles for New York but was rescued through the services of Aaron Burr, who would kill Hamilton in a duel in the next century. Knox commanded the crossing of the Delaware for the successful attack on Trenton in 1776 and set up an officer and artillery school 1779, which became the genesis of the military academy at West Point. Knox built armories that supplied the American armies throughout the war, and he positioned the American artillery at the Siege of Yorktown; they were instrumental in delivering the decisive victory to General Washington.

After the war ended, and ever the patriot and devotee of an independent United States, Henry Knox accepted the cabinet position of Secretary of War under his beloved former commander. He was a man who faced his share of hardships in life and always had his faithful wife by his side, still estranged from her family. She bore him thirteen children, only one of whom survived childhood. Providence had decreed that a three hundred pound self-educated book-seller would take a preeminent place among the movers and shakers of a new nation, never doubting the justice of his cause and never hesitating to perform his duties no matter the personal cost, even when there was often no precedent to show the way.