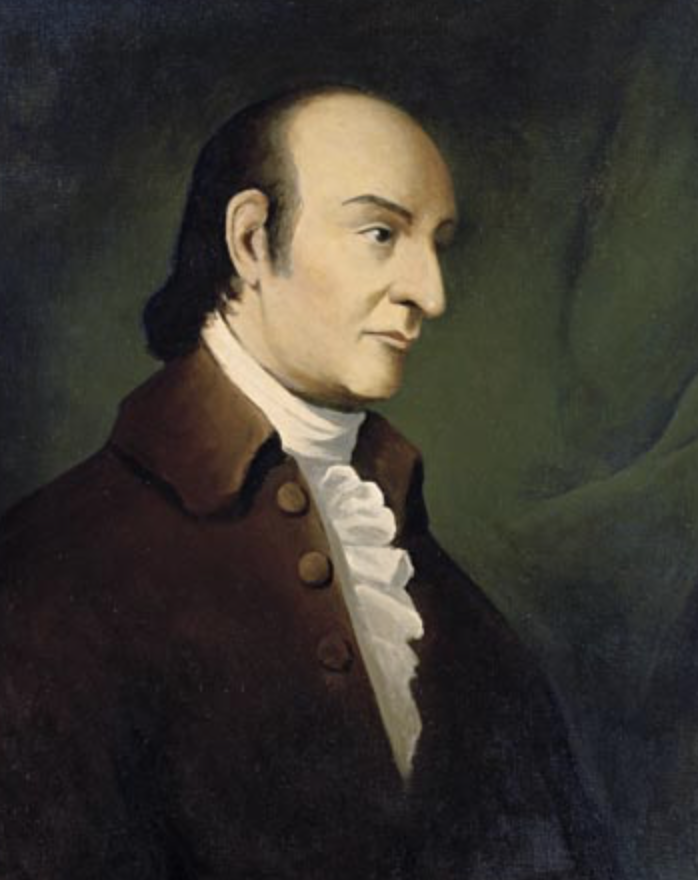 He was the greatest teacher of law in America. The George Wythe School of law in Williamsburg, Virginia, today carries on his legacy. Thomas Jefferson called him “my faithful and beloved mentor in youth and my most affectionate friend through life.” Wythe saw something special in Patrick Henry and recommended him to his colleagues for licensure. He dropped clients who lied to him and refused taking a case when he believed the potential client was indeed guilty. He made bold his belief that the only legal tie to Britain was the King and that the monarch forfeited allegiance through tyranny. No one knew the common law better or the standard texts of English law.

George Wythe’s father died when George was only three. He was home-educated by his Quaker mother, who taught him both Latin and Greek. He attended the College of William and Mary and then read law in his uncles firm, attaining admission to the bar at the age of twenty four. He was married twice and had no children who lived. After beginning his own law practice at thirty, men who rose to great prominence came to him to learn, such as Jefferson, John Marshall, and Henry Clay. He was known for paying the tuition and costs for poor students to study law. He served as the Burgess for William and Mary and was a personal advisor to the Royal Governor.

As perhaps the most well-known Virginia delegate after George Washington, Wythe’s contributions to the debates over independence proved legally helpful if not decisive in the course of action taken by the whole. He steered the debate over the King’s actions rather than Parliament’s, made practical proposals for a kind of independence within the empire and promoted foreign alliances to help win independence. He wasn’t present on August 2nd when most of the delegates signed and may even have had a proxy sign for him, but there is no question as to his total commitment to independence.

Wythe left the Congress in 1776 to assist Thomas Jefferson set up the new Virginia government and legal principles. He drafted the state constitution and designed the state seal. He became America’s first law professor at The College of William and Mary and even boarded some of his students in his home. He offered free classes in the classics and spoke out strongly for ratification of the Constitution. One of the unusual actions for which George Wythe was remembered in later years was his manumission of his slaves and seeking to educate one of them in the law.
Wythe’s presumptive heir, his grand-nephew George Sweeny, a man of low morals, gambling debts, and greediness discovered that part of the inheritance would go to an ex-slave. Sweeny poisoned a pot of coffee, the drinking of which killed the free servant and sickened George Wythe. The cook witnessed the deed, not understanding at first what she saw. Wythe changed the will, disinheriting the nephew, and died that day at age eighty. The murderer got off because slave testimony against a white man in a court of law was illegal in Virginia. The beliefs and sentiments of at least part of George Wythe’s legal mind would have to wait another hundred fifty years to reach fruition.