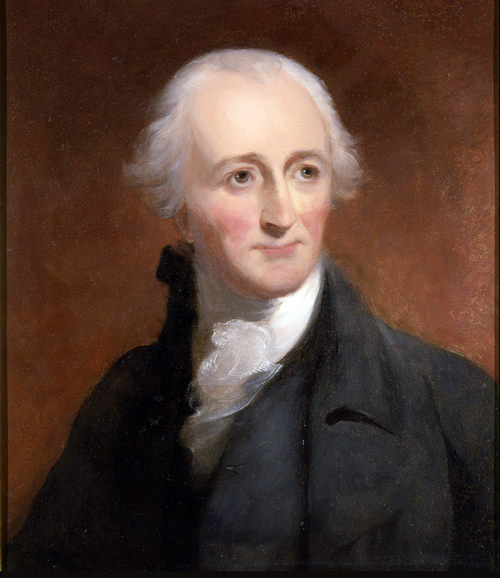 Read was the only signer of the Declaration of Independence who voted against the independence resolution put forward by Richard Henry Lee in June of 1776. Other delegates abstained and others voted against the resolution, but Read, who actually desired independence but thought the resolution premature, stuck around and signed anyway. He caused a lot of drama because his vote against could have meant Delaware would not vote aye, but the last minute heroics of his colleague Caesar Rodney saved the day. Read would eventually be one of only six men who signed both the Declaration and the Constitution.

George Read was actually an ardent patriot, opposing unconstitutional taxation, supporting non-importation measures, and even raising money in the county to help the Bostonians whose attack on a tea clipper brought the wrath of the Parliamentary lion upon themselves. His principled stands likely derived from his devout Scots-Irish family and his teacher, the renowned Presbyterian pastor and scholar, Francis Alison, who also trained two other signers. At the age of seventeen he read law in Philadelphia, passed the bar at nineteen and became a close friend of John Dickenson, who later became known as “the penman of the Revolution.

With his marriage, which produced five children, Read became the brother in law of another signer, George Ross, whom he followed as Attorney General of Delaware. Serving twelve years in the Delaware general assembly, Read was easily elected to represent his colony at the Continental Congress, where he served for three years. He decided to oppose independence, as premature, but joined his colleagues after the measure passed. The dignified delegate from Delaware served his state as Governor, Judge of the Court of Appeals, Congressman, Senator, and finally Chief Justice of the Supreme Court of Delaware.

Together with Thomas McKean, he wrote the Constitution of Delaware which included these words:
Every person who shall be chosen a member of either house, or appointed to any office or place of trust…shall make and subscribe the following declaration, to wit: I do profess faith in God the father and in Jesus Christ, his only son, and in the Holy Ghost, one God, blessed forever more, and I do acknowledge the Holy scriptures of the Old and New Testament to be given by divine inspiration.

George Read finished his life at the age of sixty five, “an excellent husband, a good father, indulgent master, and upright judge, a just man, and a fearless patriot.”