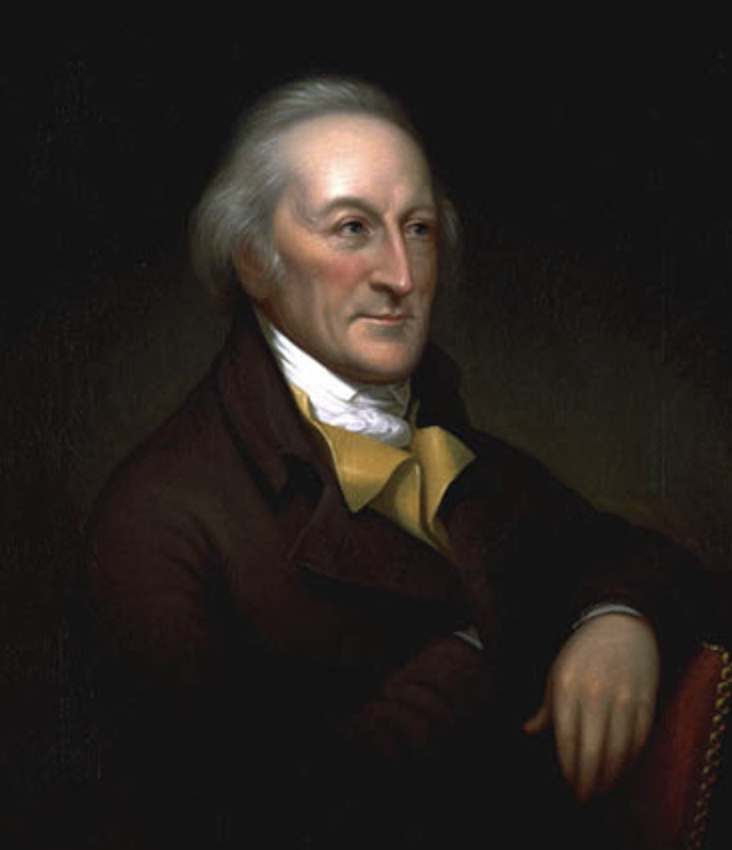 A firm and steadfast patriot, George Clymer was a forerunner to American Independence and a servant of the developing Constitutional Republic. In his lifetime Clymer engaged in the defense of his country, signed the Declaration of Independence and U.S. Constitution and founded the first American Bank, not to mention his personal financial aid to the Continental Army during the early period of the war. His deep desires for independence from Britain had begun early in life, but escalated to a point where “his predominant passion was to promote every scheme for the improvement of his country.” In fact, his numerous sacrifices proved his dearest wish, which “was for his country to be independent.”

George Clymer experienced a “tragedy of Divine Providence” when orphaned at age seven. He was taken under the tutelage of his wealthy uncle, William Coleman, who taught him to read and insured a formal education. This invaluable gift opened every door of knowledge to Clymer and he learned history, mathematics, politics, agriculture and various branches of science.

In 1773, while in his mid-twenties, Clymer accepted a captain’s commission in a company of volunteers, raised for the defense of the province, while at the same time becoming an active participant in the local Committee of Safety in Pennsylvania. In this position he opposed all arbitrary taxation and persuaded the merchants to refuse the purchase of British tea. During this active participation in his own state, he was elected to attend the first Continental Congress as delegate in 1775. He was chosen along with Benjamin Rush to affix his signature to the Declaration of Independence on August 2, 1776.

Mr. Clymer may be said to have been by nature a republican. He was, also, a firm and devoted patriot. His feelings were strongly enlisted, at an early age, against the arbitrary acts of the British government. Gifted with a sort of prescience, he foresaw what was meditated against his country, and was ready to hazard every interest in support of the pillars of American freedom. Hence, when conciliatory measures with the parent country were found unavailing, he was one of the foremost to adopt measures necessary for defense.

The following December after signing the Declaration, the Congress at Philadelphia faced imminent danger as British troops invaded the city and countryside seeking to punish the rebels. On news of the British arrival, most of the Congress fled to Baltimore, but left behind them Robert Morris, George Walton and George Clymer to conduct and execute important business of government. A heavy task for so few!

One of Clymer’s greatest contribution to the war effort occurred on his visit to Fort Ticonderoga to make assessments of the condition of the Continental Army. On observing their destitute situation, Clymer worked tirelessly to raise support for the provision of the standing army. Consequently, he served on both the Board of War and the Board of Treasury to ensure the well-being of Washington’s troops.

During the fall of this distressing year [1777], the family of Mr. Clymer, which, at that time resided in the county of Chester, about twenty-five miles from Philadelphia, suffered severely in consequence of an attack by a band of British soldiers. The furniture of the house was destroyed, and a large stock of liquors shared a similar fate. Fortunately, the family made their escape. Mr. Clymer was then in Philadelphia. On the arrival of the British in that place, they sought out his residence, and proceeded to tear it down, and were only diverted from their purpose by the information that the house did not belong to him.

The Declaration of Independence was truly a death warrant for those who penned their name to it. Yet George Clymer stood his ground and never retreated from his duties.

While appointed commissioner in 1778, George Clymer was also given the dangerous duty of seeking out the assistance of the Shawnee and Delaware Indians and possibly enlist them to the American cause. Clymer narrowly escaped the tomahawk himself when he chose a path less travelled and avoided an ambush.

Elected to the state legislature of Pennsylvania in three consecutive terms, George Clymer worked tirelessly with Robert Morris in establishing the first Bank of America, in which they were the primary investors. The bank suffered heavily during the war trying to alleviate the oppressive financial problems.

Admired for his wisdom, candor, and experience, Clymer was called upon again to represent his state at the Constitutional Congress 1787, where he once again became supporter and signatory of a great document that defined the Republic. He then was elected as one of Pennsylvania’s Representatives to the new United States Congress.

When posterity shall ponder on the declaration of July, 1776, and admire, with deep amazement and veneration, the courage and patriotism, the virtue and self-devotion of the deed, they will find the name of Clymer there. When the strength and splendor of this empire shall hereafter be displayed in the fullness of maturity…the future politician shall look at that scheme of government, by which the whole resources of a nation have been thus brought into action; by which power has been maintained, and liberty not overthrown; by which the people have been governed and directed, but not enslaved or oppressed ; they will find that Clymer was one of the fathers of the country, from whose wisdom and experience the system emanated.