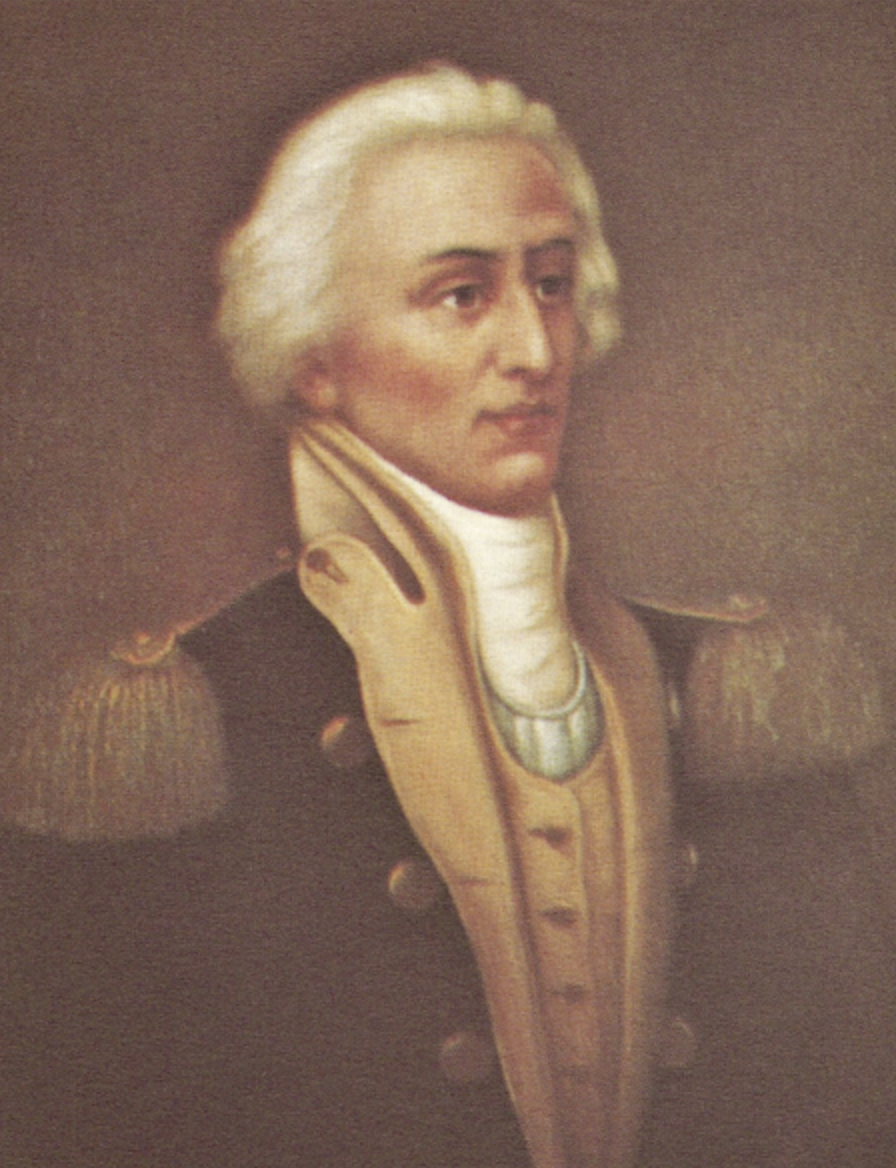 As a guerilla fighter, he had no peer in the War for Independence. As an officer in the Patriot forces of South Carolina, he provided leadership that engendered fierce personal loyalty. As a foe of the invaders, the desire for his capture or death sometimes determined the strategies of armies large and small. Though the area of his independent military operations did not exceed the Peedee, Santee, and Black River regions, his raids affected the whole theatre of the war in the Carolinas. His enemies called him “The Swamp Fox.”

Of sturdy French Huguenot ancestry, Francis Marion was a typical middling gentry, locally respected, an unmarried man of modest means, age 42 in 1775. He had left his plantation during the French and Indian War and served on the South Carolina frontier against the Cherokee. He learned the art of war in a time of massacre and savage reprisal among the contenders in the forests and valleys of the mountains, experiences that would mold his hit and run tactics in the Revolutionary War. His would not be a romantic set-piece kind of warfare.

Marion joined the South Carolina Provincial Congress and shortly thereafter recruited the men who made up his company of the Second South Carolina Regiment. As a captain, Marion led his men in the repulse of the invasion force at the Battle of Sullivan’s Island, braving the naval bombardment, inspiring the men with his fearlessness. Promoted to Lieutenant Colonel, Marion served around the Charleston area, building a reputation for sobriety, decency and stern but humane discipline. After the American defeat at Savannah, and the retreat of the army, Francis Marion was left in command of the American forces, the only ones still active in South Carolina.

During the investment of Charleston by the British expeditionary force under Cornwallis in 1780, Marion broke his ankle jumping from a second story window. He had been locked in a room with partying officers who were in their cups. He chose not to join in and could only escape through the window. The fall and injury turned to his favor when he was sent home to recover; while there, the city fell to the besieging Redcoats. The whole American army was captured but Marion. From Charleston, Cornwallis embarked on a campaign to force the entire state into submission. He defeated every major force sent against him and increased the bitterness of the internal civil war by unleashing the Tories against their patriot neighbors.

Francis Marion recruited his own band of warriors and began what became a legendary series of raids and assaults on the occupiers. With lightning hit and run raids, his “partisan rangers” wreaked havoc on British and Tory supplies, patrols and garrisons. Frustrated by his inability to stop Marion (and his up-state counterpart Andrew Pickens) Lord Cornwallis finally unleashed the brutal troopers of Banastre Tarleton to finish off the pesky Colonel Marion. The wily South Carolinian established headquarters on an almost inaccessible island in the swamps of the Peedee. As the British troopers ravaged the civilians in the countryside, some of Marion’s men left to defend their homes. Nonetheless, with undiminished ardor, the patriot guerilla captain continued to strike back and play a cat and mouse game with the local loyalist militias and British troopers, none of whom could track his men in the swampland to which they retreated.

General Washington sent General “Light Horse Harry” Lee to join with Marion and Nathaniel Greene to mop up the backcountry and drive the British interlopers back to Charleston. Emboldened by success, the Swamp Fox attacked Georgetown, Motte’s Plantation and Fort Watson. When South Carolina finally secured their independence, Francis Marion had been elevated to the rank of general.

General Marion held no personal grudges after the war, even to former neighbors who had joined the British. He was the second most popular hero of the war, behind only the great Washington himself! Hundreds of boys were named after him in following years. Although Francis Marion, like George Washington, left no progeny, he bequeathed to America a legacy of heroism and devotion to liberty that was known to every generation of American children until recent times. May it be so again!