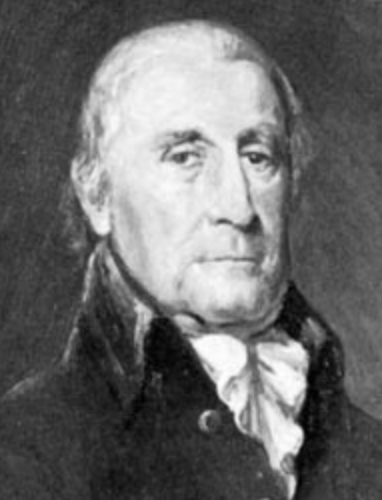 Like his fellow New York signer, William Floyd, Lewis came from Welsh stock, a hardy and intrepid soul. Orphaned at an early age and raised by an aunt in Wales, he managed to acquire an education in Great Britain and an apprenticeship as a clerk. With a small inheritance he purchased goods in Europe to sell in America and struck out to seek his fortune. He was shipwrecked twice and, during service in the and Indian War, was captured at Fort Oswego along with 1700 British subjects by the French under General Montcalm. Lewis escaped the ensuing massacre of some of the captives; some historians have made the doubtful claim that his safety resulted from speaking Welsh to the Indians and they understood him. He survived imprisonment for seven years by the French. Upon his release Lewis received a grant of 5,000 acres on Long Island for his hardship in the war. He returned to his wife and seven children and rebuilt his fortune.

As an early supporter of the patriot cause, Lewis joined the Sons of Liberty, and because of his ardent zeal for the cause and his inherent integrity and forthrightness, he was unanimously elected to the Continental Congresses. He served on many committees and was particularly effective in helping start the United States navy. A hardier, more experienced expert on sailing and tides could not have been found among the congressmen. Lewis and his family relocated to the county seat on Long Island and suffered cruelly as a result.

A British cavalry expedition attacked his home, looting and destroying everything. He was not at home so they abused his elderly wife and threw her into a pestilential prison. They even stole the buckles from her shoes! She was forced to sleep on a freezing floor for months, with only a slop bucket and no clean clothes. General Washington was able to trade Tory prisoners for Mrs. Lewis, but the hardship destroyed her health and she died soon after release.

Francis Lewis continued to serve the State of New York in Congress and other capacities and did not arrive at his home again until 1783. He found nothing but rubble. The old patriot lived out the rest of his years with his sons, dieing at the venerable age of ninety. Lewis bequeathed to his posterity “a name which shall long flourish in the annals of liberty, and affording an example of virtue, constancy and personal sacrifice.” The Welsh orphan had set the perfect example of what it meant to call oneself an American.