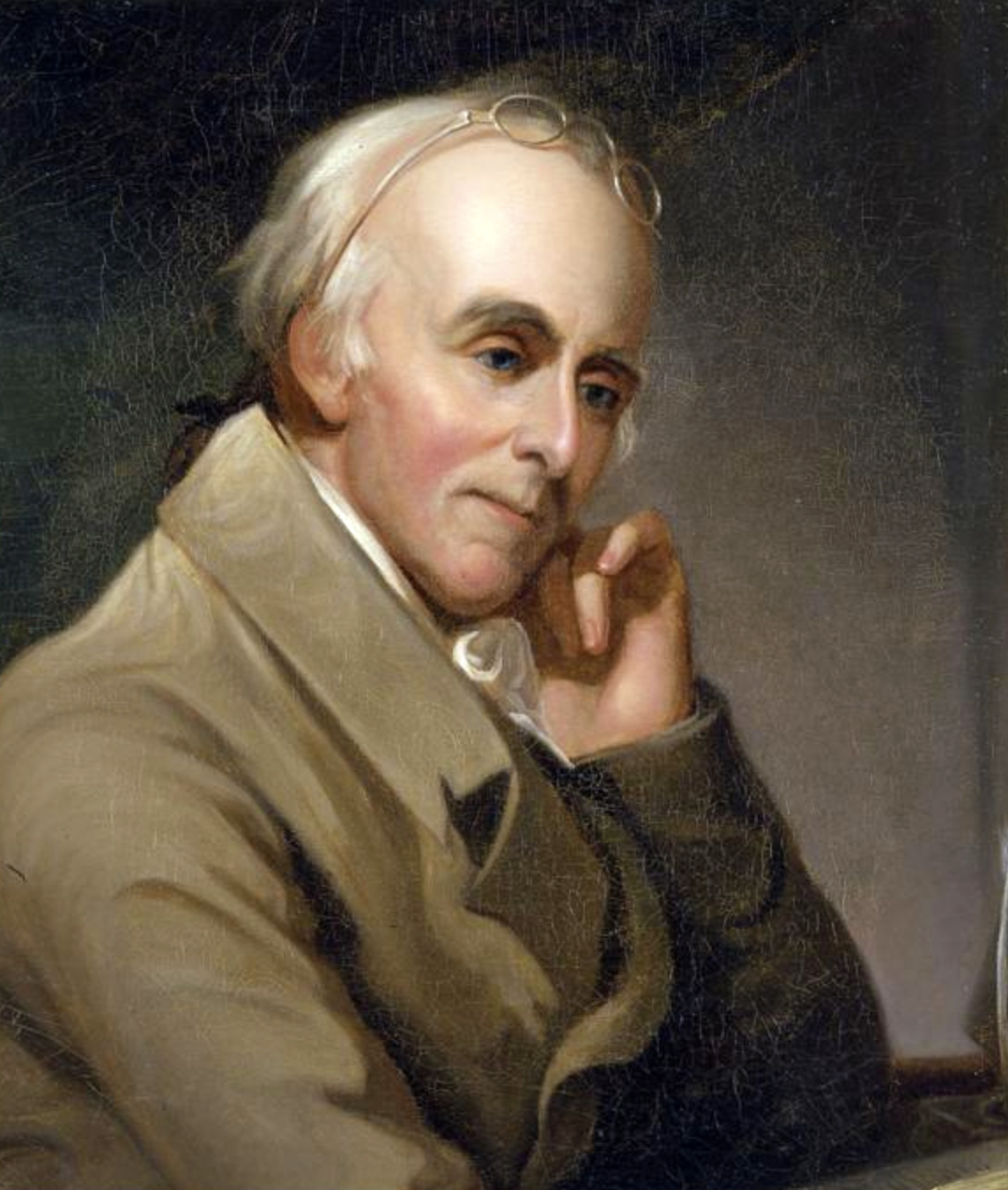 Like several other of the signers in those perilous times, Benjamin Rush’s father died when Ben was young and he was raised by a hard-working single mother. His immigrant grandfather had fought alongside Oliver Cromwell in the English Civil Wars before coming to Pennsylvania. Benjamin was tutored by a strict Presbyterian uncle and matriculated at Princeton, where the President, Samuel Davies, instilled in Rush an “insatiable love for knowledge.” He graduated at fourteen. With a keen interest in medicine, the autodidactic and inquisitive Rush attached himself to a local physician and pursued the practice of medicine for the rest of his life, becoming one of the best known doctors in the world.

Benjamin Rush furthered his medical knowledge in England and Scotland where he helped persuade one of the greatest preachers in Scotland, Samuel Witherspoon, to move to America to take charge of the College of New Jersey at Princeton. Upon his return to America, Rush joined the burgeoning patriotic resistance to Parliamentary encroachments upon colonial charter rights. He also established medical clinics for the poor in Philadelphia and helped develop treatments for the mentally ill. He married sixteen year old Julia Stockton, the daughter of a man who would become another signer of the Declaration of Independence. He and Julia in time would have thirteen children.

While serving in the Continental Congress, Rush kept a journal in which he made all sorts of entries, both positive and negative, concerning his colleagues. Like his friend John Adams, his writings have proven to be one of the richest sources of information on the men and the times of the founding of the nation. His entry upon signing the Declaration on August 2nd? “An awful silence pervaded the house when we were called up, one after another, to the table of the President of the Congress to subscribe what was believed many at that time to be our own death warrants.”

Rush served as Surgeon General of the Continental armies and attended the wounded at the Battles of Princeton and Brandywine. He was opinionated and seemed to collect a few political enemies during the war. He got caught up in a small cabal critical of George Washington but backed off before his own reputation would have been badly damaged.

He became the most renowned physician in Philadelphia and perhaps the whole United States after the war. When two different yellow fever epidemics struck the city and carried off thousands of people in the city, Rush was one of the few doctors who remained to treat the sick, also pouring over his books to try and develop a successful method of prevention and treatment. The King of Prussia and the Tsar of Russia both sent gifts to him for his heroic actions.

Benjamin Rush in his post-war years wrote articles in support of the Constitution, he founded two Pennsylvania colleges, served as Treasurer of the U.S. Mint and led the fight against slavery. He taught the University of Pennsylvania, instructing over three thousand students in medicine. His firm belief in Providence and his allegiance to the Bible and Christian doctrine were well known, as was reflected in what he called his life’s purpose: “To spend, and be spent, for the good of mankind.”