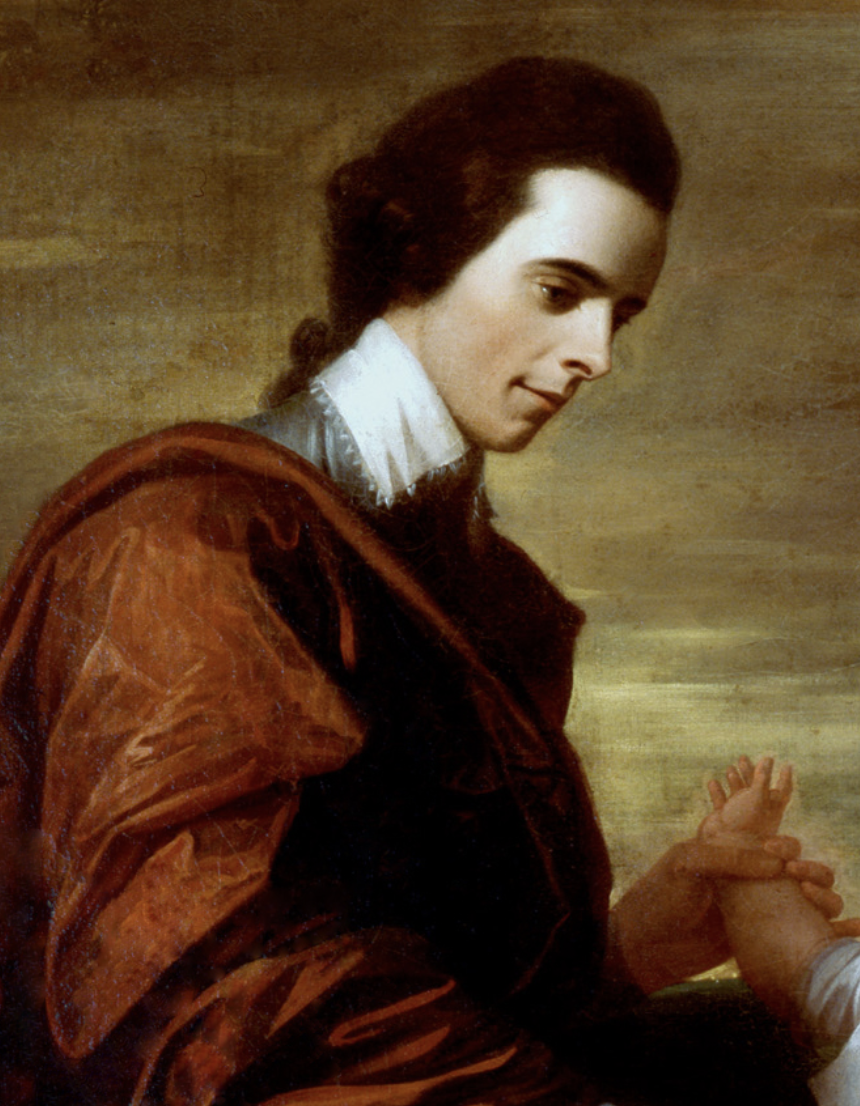 The only signer with two brothers-in-law as signers, Arthur Middleton’s career as tenacious leader and warrior for independence seemed to be a family affair. Born on June 26, 1742 near Charleston, SC, Middleton was the eldest son of Henry Middleton, the President of the Continental Congress. Henry was one of the wealthiest plantation owners in the region, owning nearly twenty, totaling over 50,000 acres of land with over 800 slaves. As a prominent politician, he insured that his son received the best education possible and sent Arthur to Westminster and later to Cambridge. At age 18, Arthur graduated from Cambridge as a brilliant scholar well-versed in Greek and Latin. He extended his education by traveling abroad for two years. During that time the young Middleton developed an acquired taste in music, architecture, and art. Now classically trained as a Renaissance man, Middleton returned home to South Carolina to wed Mary Izard. Shortly after, they toured Europe for an additional three years and eventually raised nine children together.

Despite spending a substantial amount of time in Europe, Middleton was a fierce patriot and a more radical advocate for independence than his father had been. In 1775, the passionate young Middleton was elected to serve on the provincial congress of South Carolina. He also served on the committee of safety for South Carolina, which was responsible for organizing a military force in the state. Along with William Henry Drayton, he designed the great seal of South Carolina. In 1776, he followed in his father’s footsteps by becoming a delegate in the Continental Congress. At the young age of 34, Middleton made the irrevocable decision to sign his name, his honor, and his life upon the Declaration of Independence. His signature came with a heavy price when, shortly thereafter, the British targeted his estate and severely damaged his property. All of his valuable paintings collected from his travels in Europe, along with 200 slaves were either stolen or ransacked. Providentially, his wife and children managed to escape to a friend’s house they were able to reside until the conflict was over.

When the British invaded and captured Charleston, Middleton, along with his brothers-in-law and fellow South Carolina signers, Thomas Heyward and Edward Rutledge, were captured and taken to a notoriously punishing prison in St. Augustine, Florida. After enduring a year of confinement, Middleton was released as an exchange prisoner. He was elected to represent South Carolina once more in Congress, but resigned in 1782 and returned to South Carolina to restore his home and estate. Although he never served in Congress again, he served on the South Carolina State Legislature and as a Trustee for College of Charleston. Regrettably, he died at the age of 44 from exposure to the cold on New Year’s Day 1747.

Middleton left an enduring political legacy to his forebears. His son, Henry, served in the State Legislature and also as Governor of South Carolina. His grandson, Williams, was a rabid advocate for States Rights and signed the Ordinance of Succession, which made South Carolina the first to secede from the Union. But most notably, Middleton left the enduring legacy of freedom and liberty that we enjoy today.