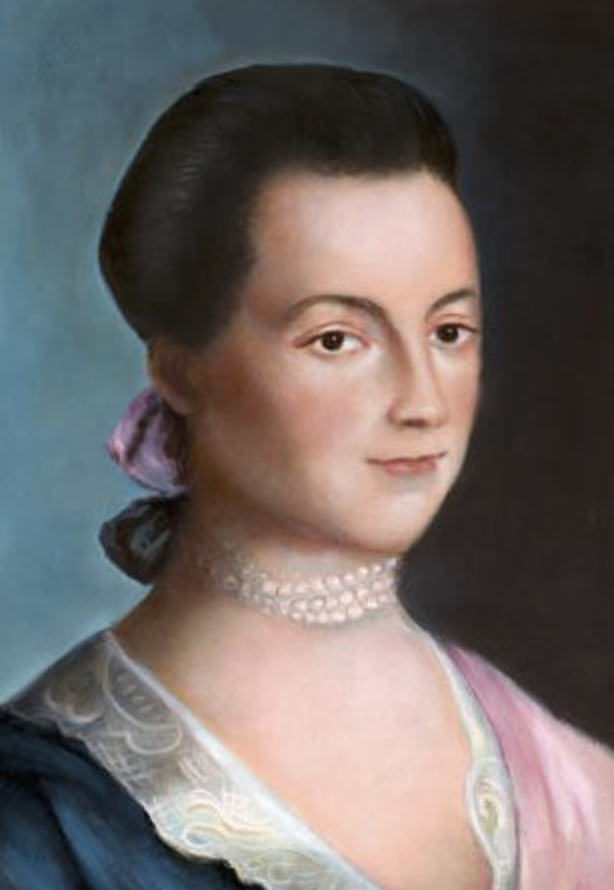 One of the most influential and significant women in American history is Abigail Adams. Born Abigail Smith on November 22, 1744, Mrs. Adams became the first Second Lady and the second First Lady of the United States.

Although she did not have a formal education, as was customary for women in that day, her mother taught her to read and write. She also studied English and French literature in her father’s large library. Adams was extremely modern and open-minded for a woman of her day. Through her husband, she advocated for the new nations advancement of women’s rights. Women, she believed, should not submit to laws not made in their interest, nor should they be content with the simple role of being companions to their husbands. They should educate themselves and thus be recognized for their intellectual capabilities, so they could guide and influence the lives of their children and husbands. She begged her husband John to “not forget the ladies.”

Adams was also a strong advocate against slavery. She believed that any slavery was evil and a threat to the American democratic experiment. A letter written by her on March 31, 1776, explained that she doubted most of the Virginians had such “passion for Liberty” as they claimed they did, since they “deprived their fellow Creatures” of freedom.

As they were third cousins, John and Abigail were acquainted with each other and soon fell in love. John was attracted to the young 17-year-old because of her sharp wit and intellect, as well as her mastery of language and poetry. They married on October 25, 1764 and had six children (although only four survived childhood).

Since John was often out of town serving the new country, the challenges of child-rearing and managing the family farm fell to Abigail. Ever steadfast and strong, Abigail diligently held the family together through the terrors and trials of war. Eventually, when the war was over and her husband became President, she was the first First lady to live in the White House.

Adams died on October 28, 1818 of typhoid fever. Her last words were, “Do not grieve, my friend, my dearest friend. I am ready to go. And John, it will not be long.”